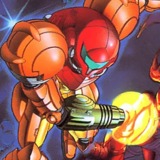 This is a respite from the respect threads I have been piling up recently. This is a miscellaneous style of blog which underlines a number of similarities between two characters from Knights of the Old Republic II: The Sith Lords. The two characters are Kreia, a character who serves as one of the main characters in The Sith Lords, but has a prominent element of mystery shrouding her, and Arren Kae, a Jedi who receives continuous mention but is apparently deceased and makes no appearance in the game. The similarities I am trying to address appear to be plainly "too convenient", which leads me to believe that these characters are in fact one and the same.

As a preface, I am following and elucidating on this video, as well as adding my own knowledge, but much, if not virtually all, of what I say is from the video, but may not be overwhelmingly clear. I will attempt to make it clear. Whenever I reference something from the video, I will hyperlink it to the exact current time the character said what he or she said.

Obviously, Kreia is also Darth Traya (which is recognizable from anybody who played KotOR II: TSL), so the fact that she could have many aliases is clearly not beyond plausibility. Furthermore, in the aforementioned video, Atris clearly says:

Now, this may be a reference to Darth Traya, the Sith alias of Kreia, but this is unlikely because the previous conversation between Atris and Kreia seemed to indicate that Kreia was passing the title of Darth Traya to Atris. In the Dark Side version of the game (which is not canon but does contain a number of hints that one would be remiss to ignore), she clearly states that Atris assumed that title for however long - a few hours, or perhaps only a few minutes, but once Atris is killed, Kreia reveals that if Atris is not to be Darth Traya, then Kreia must assume that role. As a result, it can be surmised that Kreia did convey the title of Darth Traya to Atris (which is befitting because Atris was betrayed by Brianna, and she betrays herself and her former identity to learn about the dark side), and so it is equally plausible to suggest that Atris saying "Kreia" not being a real name in fact refers to the woman known as "Kreia" in fact having a different name, which, to my belief, is Arren Kae.

Next, everything in the timeline suggests Kreia and Arren Kae are one and the same. First and foremost, they are revealed to have fought in the Mandalorian Wars. Brianna the Handmaiden, daughter of Arren Kae, states that Kae had left for the Mandalorian Wars, after which she never returned and was declare dead:

"I never saw her face, and she did not return from the final battle of the war. She died in the battle that shadowed Malachor V, and her body was never recovered."

The fact that Kae "died" and was never seen again can be interpreted as Kreia entering the Sith academy of Malachor V to become a Sith Lord, which is revealed in the Knights of the Old Republic Campaign Guide. To further reinforce Brianna's statement, Master Kavar clearly expresses that he thought Kreia had died in the Mandalorian Wars. He says this just as he sees Kreia before him, so we know for certain that he was speaking of Kreia. The fact that both Kreia and Kae fought in the Mandalorian Wars and were thought to have died is just another "coincidence". Obviously, by itself, it means little, but once supplemented with all the other evidence to indicate they are one and the same, it is in fact another piece of evidence to indicate the two characters in question are simply different aliases of one being.

Mical also reveals that Revan was trained by Arren Kae before Kae was exiled (and throughout parts of KotOR II, Kreia occasionally discusses that she was indeed exiled from the Order), whilst Kreia reveals that she did train Revan at some point, something you can get out of her with sufficient influence:

"As a padawan, Revan was trained by Master Kae before she was exiled."

"At one time, Revan was my padawan, in times past, long ago."

Again, this, like the fact that both Kae and Kreia were presumed dead following the Mandalorian Wars, may seem to be a mere coinciding fact, but it is part of the puzzle to solve the identity of who Kreia was.

Reinforcing this is what Mical says following this. He says that Revan returned to Kae to learn how to leave the Order entirely:

"And it is said that he went to his first and final master to learn how to leave the Order entirely as she had."

Similarly, Kreia insists that Revan returned to her in the end, to learn how to leave the Order forever:

"In the end, he turned back to me, when he realized that there was nothing more to be learned from the Jedi except how one could leave them forever."

The pieces should begin to fall into place now. Kreia and Kae both being Revan's first and final master to teach him how to leave the Order entirely/forever is more than a coincidence - this time, this is evidence that the two are one and the same. And Revan going to Kreia/Kae to learn how to leave the Order "as she had" is an interesting topic for discussion, as we know Kae/Kreia was exiled (the video does reference this as well), so she certainly did leave the Order, and she discusses the faults of the Jedi Order often during the events of The Sith Lords.

Something else to note is the game developer Chris Avellone's response when this theory was brought up:

As it is said, Avellone uses the phrase "good catch" to reference implications which he enjoys, but at the same time, this somewhat ambiguous wording can be used to withhold revealing the truth. It is likely that the truth will never come out, so this is simply a theory - there is no source which explicitly states that Arren Kae and Kreia are the same person, but it is implicitly suggested throughout the game, and the purpose of this blog is solely to underline these implicit suggestions and bring them to light. The blog is not particularly long, and I have plans for a much longer Kreia blog which will be up in several days once I have time to put it together. This blog is relatively short, but I wish to underline the glaring and more subtle "coincidences" which lead me to believe that Arren Kae was the birth name and Jedi name of the character, before she fell to the Dark Side and became Darth Traya. Upon her exile from the Sith Triumvirate, she used the alias of Kreia to get influence with the Exile along the journey, before adopting the title of Darth Traya once more as the Exile's final test, as well as for the purpose of "there must always be a Darth Traya", and "the galaxy needs its betrayers, especially in the times to come".

This does not address everything, but at the same time, the video includes portions of Kreia and Brianna speaking about Brianna's mother, and Brianna's betrayal, which was essentially the rest of the video. Most of that elucidated on who Arren Kae was, rather than the similarities between Kreia and Arren Kae.