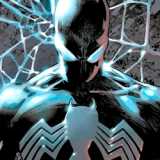 So all the current ongoing series are actually coming to an end and starting over again under a new name? Or am I seeing this wrong?

But I'm under the impression that current ongoings seem to go on a break while the secret wars mini-series seems to replace them?

I'd appreciate it if anyone were to be able to answer me about the 'future' of my current Marvel pull-list.
I follow: Amazing Spider-Man, Guardians of the Galaxy, Nova, Legendary Star-Lord, Rocket Raccoon, Inhuman, Avengers (which ended) and Deadpool (which ended).

I feel sorry for Brian Wood, his recent Star Wars series has exactly the same core idea as this new one.

this. so terrible. its not jason's choice i'm sure, but it's kind of messed up that they aren't even bringing it up at all. it's literally the same premise exactly.

I too am bummed out about this since I look forward to his Star Wars book every month. Marvel should have really just handed the series over to him so that way he could at least sort of continue on with what he wanted to tell. Regardless I will still be picking this up, though I can only pray that it won't be childish like his Wolverine and the X-Men run.

This. Brian Wood's current Star Wars series has been great. I agree it's a bit of a slap in the face to relaunch the Star Wars series with exactly the same premise as the one that was currently running. Plus it honestly doesn't make me feel excited for Marvel's take on Star Wars either. I was hoping they'd try to bring something new to the table, but now not so much.

Voted that "I need to see more first". Used to be an avid Iron Man reader, but I haven't read an Iron Man solo-series since Matt Fraction quit his. This, so far, isn't interesting enough to get me started either. The others I like in team books, but not in solo-books.

The ones I'm most interested in are Dante and Medusa. I assume that this means that the Inhuman book will get some more attention. I also totally dig Angela in Guardians o/t Galaxy. She brings something new to the table. But as a solo-character? Not sure where to go with that. But it does seem like Marvel is going to give a lot more attention to the Inhumans, which has some interesting potential.

@redwingx: I liked issues one and two so far. But as per usual, Madureira + scheduling doesn't work very well. So there are waits in between the issues. Which I, personally, don't mind. I'd rather wait an extra month for a Madureira issue, than have crappy art on a monthly basis.

This makes me kinda nervous... not sure I like Disney owning Star Wars..

When Disney 'bought' Marvel, people were anxious with their ownership as well. It turned out fine. I'm pretty sure the same 'll go for Star Wars. Disney has a huge amount of resources that they 'll hopefully use to give us some very decent Star Wars stories. It's equally beneficial for them as well since they want (our) money as much as we want good Star Wars stuff.

I really liked Star Wars: The Clone Wars. So I'm certainly exited to see what they 'll do in this show. They do have a lot more liberties that they can take with these characters. Clone Wars was fun, but ultimately most of the cast 's fate was decided in Episode III and beyond.

I'm intrigued. Not 100% convinced by the visuals - Clone Wars seemed better looking. But I'll certainly check it out!

Way too many people seem to be voting team DC because of fanboy behavior? I honestly can't see the DC characters win this, even though I love Batman. Marvel has several superhuman players in the team. Their strength, stamina and agility surpasses that of their peak-human counterparts. Plus taking in account that you have Cap with his proficient throws and blocks. Cap, even though I'm not a huge fan, truly seems to be the winning player in this match.

In my opinion it goes to the Marvel Team.

Simply because the DC team has no super powered characters. Think about it. Nearly all of the DC characters have top human physique and thus agility. But they're still limited to human possibilities. Whereas Marvel has super-human characters involved (Captain America, Deadpool). Logic dictates that even Nightwing or Batman's agility and endurance won't be able to compete with that of Cap and Deadpool. And Green Arrow and Quinn aren't superior to those two, so... Though Deadpool might be hit easily simply because ... Well, it's dodgeball, he won't take it seriously. But Cap leading the team with Hawkeye and Elektra should make this a Marvel win.

I don't think Slott writing her this way is out of coincidence or laziness. Pretty sure he'll have a good reason. Perhaps blinded by love. People who've read Spider-Island know that she admitted still loving him. She probably didn't even really fully realize it up and until that moment. Perhaps, ever since that moment, she's been hoping/waiting for this to happen and people tend to be "blinded by love" at such moments.

Or perhaps I'm just putting too much faith in Slott. But he hasn't let us down yet...