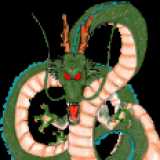 He inherited 350 year old conglomerate. owns 1/3 of gotham. the Daily planet. 170 thousand people work in 170 countries all of the planet. he is involved with basically every type of industry. exept oil. he is like Siemens/GE

1.Hydra All you got to say is Al-Queda,and ISIS had a Baby in Marvel Comics! No one gets away from Hydra. Its like they have there fingers every where

2.SPECTRE. (Special Executive for Counter-intelligence, Terrorism, Revenge and Extortion) Remeber back in the cold war when Terrorst organizations meant somthing. (Literaly) If so then Then your most likely dead. Thats right!, no one but James Bond screws with the people who dont tolerate failure and gets away with it.

3. Cobra. How bad ass do you have to be to stand your ground against G.I.Joes. Very tough and their named after a mother &*())@@ snake large terrorist group with high tech weapons, and some of the classic members might be in your thoughts to this day with unforgettable characters like the steel-skulled Destro, the sultry Baroness, and creepy twins Tomax and Xamot.

4.Shadaloo is most likely the most Evil terrorist organizitionin the Street Fighter Universe. Terroist organizations are one thing but man M. Bison is not the to be in control of anything!!!!! Yes you heard me Bison is one of the most cruel men in Games,and Fighting Games. one of the most crazy I might add. I would say his Organization is Large and encharge through a lot of the games and movies!!!!!

5. A.I.M. (Advanced Idea Mechanics) In my opinion these guys are like the 2nd best terrorist in the marvel universe. They are a large technology inspired group that isnt as big as Hydra but still has Super intelligent people,and lots of soldiers. they have nearly taken the avengers down and On Earth the Cosmic Cube containment matrix was developed and created by a society of para-military scientists known as A.I.M.

6.Intergang. Thank god we got D.C. Comics on the list. Intergang might just sound like a crime synacate from Metropolis but then you would be dead wrong. Intergang makes this list do to the people they work for. Intergang is basically the evil group that has all the evil of Apokolips added to it. I think they have spent a while to conquer the USA but it dosnt work.

7.The Syndicate Ever watch the X-Files.... These guys have been around scince the 50's,and still basically say die alien. Or Black gue to create human slaves. Or hey man Where is the Alien/Human Hybrid today. They are basically a bunch of alien and human hating guys that make sure no one finds out about with their departments cruel motives.

8.The Leigon of Doom: Another D.C. Comics Favorite of mine, the Leigon. The Legion of Doom is amazing for for the culty 60's class and all the greatest super villians discuss the ways to beat the JLA in the HALL of Doom, but they lose. their amazing large kick ass building. that is shaped in a dome like area.

Ill put another posting later, please tell me your thoughts

The suit employs Human, Apokoliptian and Kryptonian technology. It is incredibly powerful capable of going toe to toe with Superman, at least for a while. It grants its wearer enhanced strength and durability. It has powerful shields which cover the whole body, protecting the seemingly exposed head, and can sustain several full-power punches from an enraged Superman. Energy blasts which Lex used to incinerate several OMACs at once. Advanced Jets in the boots allow for rapid flight.

For battle with Superman, the suit can fire blasts of Kryptonite from it's right gauntlet. It has several variations of Kryptonite radiation, which are fired through the fingertips. Each finger fires a different kind of Kryptonite.

The Suit also has an a blade in its right arm for close combat.

First armor: This not exactly a armor,but rather a robot armor that can be controlled via telepathy radio device. The few weapons shown are 50 caliber machine guns,short range missiles and flamethrowers.

Second Armor: The second version is also created by Lex Luthor to get the best of Man of Steel,though he is weakened by red sun radiation and the Hybrid virus. This armor is equipped with sensor systems linked with Lexcorps computers and satellites,the weapons systems consists of short and long range missiles and electrical blasts.

The suit is durable enough to tank heat vision and blows from Superman.

Inside the armor the user is covered by a energy shield,that besides protecting can be used as a weapon to cut durable objects and additionaly have a jet-pack to reach high altitudes in rapid flight.

This is the unique suit that have a helmet.

Third Armor: The new armor turned out to be far superior than the previous and as well as others don't have kryptonite based weapons,having originally non-lethal weapons and being further upgraded by Luthor. The armor is linked with Lexcorps computers and satellites on Earth and the hidden satellites in Jupiter's asteroid belt in order to acess high profiles agencies and governements computers.

this would cost 250-300 million dollars to make a batcomputer

Lex Luthor is rich but does not have old money. Bruce Has about 51% of his company owns 1/3 of gotham. bought out kord the daily planet and Mr.Terrific. Shipping,entertaintment,works in Metal lots of it,defence,home appliances. He dosnt spend it on robots constonly and loose crap loads of money. bruce is like 80 billion in the Comic, and Lex is like 56.3 billion

Look at spider man, most 16 year olds arent masters at physics and have created spider silk. but he is.

Xavier is not a pushover either.avier becomes an excellent student and athlete, though he gives up the latter, believing his powers give him an unfair advantage. Due to his powers, by the time he graduates from high school, Charles loses all of his hair. He graduates with honors at the age of 16 from Harvard University.[10] In graduate studies, he receives Ph.D.s in Genetics, Biophysics, Psychology, andAnthropology with a two-year residence at Pembroke College, Oxford University.[11] He also receives an M.D. in Psychiatry while spending several years in London.[12][13] He is later appointed Adjunct Professor at Columbia University. (I bet he cheated with his mental powers)

Doc Magnus:Doc Magnus is the creator of the Metal Men, and one of the world's foremost authorities on robotic engineering.William Magnus was a student of noted futurist T.O. Morrow, studying Elementics, the field of science that combined chemistry and robotic science, in the hope of creating artificial life His breakthrough was the creation of the Responsometer, a microcomputer capable of animating constructs, bringing them to life, Though the sad thing is he is such a genuis that he is a man who is very adept to mental breakdowns

Adrian Veidt for the DCU. He maybe Batman but with a little bit of lex luthor put in. considering he has invested more money in quantam physics, but he really is better at doing one thingl. justifing killing millions of people via alien so billions wont die via WW3 (pysco)

Like I just said batman is smartest in what he does but not smarter space engineering. Batman could probably profile the hell out you and knows every thing about everything. Iron Man spent his life in Physics and Robotic stuff. ( I am not saying batman cant build a lot of the stuff tony could, but not as fast or advanced).

Does any one get what I am saying

Fan Boys really do suck. Why cant some people realise not all super heroes have to be super smarter, but be amazing in their own ways.

1.Batman may just be the greatest Polymath,Detective,Martial Artist, and a very great scientist to boot. Considering he has a IQ of 192.He is incrredibly rich and is very awesome at keeping his company incredibly stable.Batman has the ability to function under great physical pain and to withstand telepathy and mind control. He is a master of disguise, multilingual, and an expert in espionage, He is a master of stealth and escapology, which allows him to appear and disappear at will and to break free of nearly inescapable deathtraps with little to no harm.Batman is an expert in interrogation techniques and often uses extreme methods to extract information from suspects, such as hanging a person over the edge of a building. His intimidatingand frightening appearance alone is often all that is needed in getting information from suspects.Master of nearly every language.

2. Though the truth is Iron man knows some things that batman never quite perfected. Tony Stark is one of the greatest minds in robotic engineering,nuclear physics,areospace and weponary. considering he is a Playboy billonare with great credit when it comes to schooling.A boy genius, he enters MIT at the age of 15 to study electrical engineering and later receives Master's degrees in electrical engineering and physics.

3. Bruce Banner is smart,very smart. Also was a boy genuis Banner is considered one of the greatest scientific minds on Earth, possessing "a mind so brilliant it cannot be measured on any known intelligence test."[68] He holds expertise in biology, chemistry, engineering, physiology, and nuclear physics. Using this knowledge, Banner creates advanced technology dubbed "Bannertech", which is on par with technological development from Tony Stark or Doctor Doom.

4. Terrific, oh I mean Mr. Terrific that is, is so smart he is the 3rd smartest man in the DCU.At a very young age, Michael Holt showed remarkable intelligence, reading and assimilating the works of Bohr, Einstein, Planck andFeynman, the pantheon of theoretical physics, at the age of six. He studied advanced science, space,possessed 14 Ph.D's (two inengineering and physics—including doctorates and master's degrees in law, psychology, chemistry, political science, and mathematics),[3][4]was a self-made multi-millionaire[1] and was a gold medal winningOlympicdecathlete.T-Spheres that function as a computer, holographic projection unit, projectile weapons, and numerous other uses

5.Hank Pym wowzus!!!!!! creating Ultron,and creating a suit that can allow you to go like 100ft high to the size of an ant!! Talking to ants through helmets what will you think of next! personaly I think Pym might be the only one here who could invent the pym particles.

6.Reed Richards inherited a similar level of intellect and interests. A child prodigy with special aptitude in mathematics, physics, and mechanics, Reed Richards had enrolled in college by the time he was 14, attending such prestigious universities as theMassachusetts Institute of Technology, California Institute of Technology, Harvard University, Columbia University, and the fictional Empire State University. By the age of 20,[citation needed] he had several degrees in the sciences under his belt.Reed had already begun designing a starship capable of traveling in hyperspaceMoving on to Harvard, Reed earned Ph.D.s in Physics and Electrical Engineering while working as a military scientist, all this by the age of 22. OK reed is the smartest we all know. but we also know he is mainly the space guy. And dosnt have some of the other guys specialties.