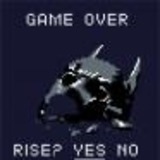 8 out of 10 for Batman and Robin. I LOVE Daredevil as well, so don't get me wrong, but this is an easy fight for the Wayne's.

Batman is superior to both DD and Elektra, anybody wo disagrees has fanboy rage. Sincemost people agree wth that I won't spend much time on this.

Damian is the weak link, a lot of people say. Well... Damian has fought the Heretic for quite a long time and taken severe hits from him without stopping coming back (before he died) and the Heretic was an enemy who Batman had REAL problems taking him down by himself. So Damian is in no way the weak link here. I even think he could takeout Elektra if he takesher seriously from the start. Maybe she would even underestimate him. No matter what happens, she would not take him down quicker as Batman takes down DD. If she wouldmanage to take down Damian in roughly the same time Batman takes DD, she would face a severly pissed off Bruce, who would crush her even more fiercely.

I am also 100% that it would go down as Bats vs DD and Damian vs Elektra since Bruce would rather let Damian take on a woman just to make sure the strength gap isn't as wide for Damian as it would be facing DD.

DD is highly skilled, but I would not rate him much higher than Nightwing, so he would not go down easy as well, but Bats takes him 9 out of 10 I would say. Sure, his senses take out Batmans stealth, but Batman doesn't need ot to fight him. Bats als has the edge in gear, which he could also use to help Damian fight Elektra.

I also hate it when people go to the "Batman always wins just because he is so popular", which is a cop out. He is one of the (if not THE) most capable unpowered street level character in both universes, not even Panther wouldtake him out without his superior gear (which even New Avegrs writer Hickman seems to agree on, when you read the Illuminati fight the Great Society.

I am sorry, but Batman takes this 6/5. He just does. He has taken down a lot more powerful and skilled Metas in the DCU than Iron Fist, even if most of you think that is unrealistic, its a fact. It won't be easy, Danny is a BEAST, but he will do it. Even Daredevil has held its own against Danny often, so Bats can take him down. He is just too versatile and intelligent. If it were a pure martial arts bout without the batsuit and gadgets Danny would take him, but its not.

For me the best movie in the trilogy and the genre even.

Its the one who just grabs me the most on an emotional level. Its the only one I get teary eyed watching certain scenes because they have such a huge emotional impact for me. I love the story the most and especially that Nolan took a lot of liberties while keeping the core of all characters intact (I own about 90% of all Batman and Detective comics either in print digital or trade, so I would like to talk to some of the haters about how Nolan "doesn't get the characters", which is utter bullcrap).

It has the best performances of the three (Bale is at his best here, Caine too, Hathaway and Cottilard are the first strong and well acted females the series sees) and I even enjoy Hardys Bane more that Ledgers Joker. That not a put down to Joker... it was a perfect rendition of the character, but the way Hardy plaed Bane actually made me like the character in the comics more. I LOVE the voice because it is creppy as hell and not what you would expect. Also the way he uses his eyes to do the acting is super creepy and scary. Love love love Bane in this. Wow.

Also, for me at least, TDKR has the best fight scenes in any comic book movie. I know most people hate on them, but its what I prefer. I hate the kung fu stuff like the raid and how Nolan does fights is right up my alley. Its slow, hard and brutal. Love it.

Batman suit looks the best it ever has here. Sure, it is design wise the same as in TDK, but it fits much better here because of small adjustments they did make. The chest and shoulders look bigger for example.

To the plot hole crowd: Bruce Wayne coming back to Gotham is not a plot hole, even if Kevin Smith tells you it is. He also manages to get around the world in Begins without money and help. He is Batman for christ sakes.

Yeah, screw the haters. This is actually my favorite movie of all time, I love it that much. I love Begins as well, but it cannot compete with Rises in my eyes.

Superman vs the Elite is one of the best superhero movies ever. Its really really great! One of DCs best animated features

Batman v Superman: Dawn of Justice. The most anticipated movie for me currently. I loved MoS absolutely and loved the dark take on superheroes DC does on film since Nolan rebooted the Bat. This is like heaven for me. Nothing can top that, except hearing that Nolan does another stand alone Batman Trilogy^^

Dropped off of this series a while back, just like Walking Dead. People complain about the grittyness of the New 52, but the stuff Kirman writes is down right snuff film material. I have no problem with violence, but this shit is mind numbing. The cover for this one alone makes me a little bit sick. Really don't get that noone else seems to mind that though.

I really liked both Walking Dead and Invincible a lot during during first few years, but its too much detail in the violence for me. Its just too focused on showing everything in excruciating detail and I cannot enjoy that.

Haven't read anything from him that I liked so far, but that could change. Also... he said he doesn't like Batman in an interview and that means he has to be a bad person. Congrats for him scoring a real great job though.

So, how did the fight turn out? I am a trade waiter, but I need to know now. If she really knocks Batman out I wouldn't know if I liked that. As cool as Batwoman is, she doesn't have the skills and training to do that to Bruce.

JMS. His run was the only Peter Parker Spidey run ever that held my interest from beginning to end. The only Spidey run I love.

I really like Slotts Superior, but his Amazing run before didn't do anything for me.