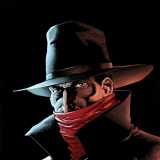 I simply guard against all things in the shadows! 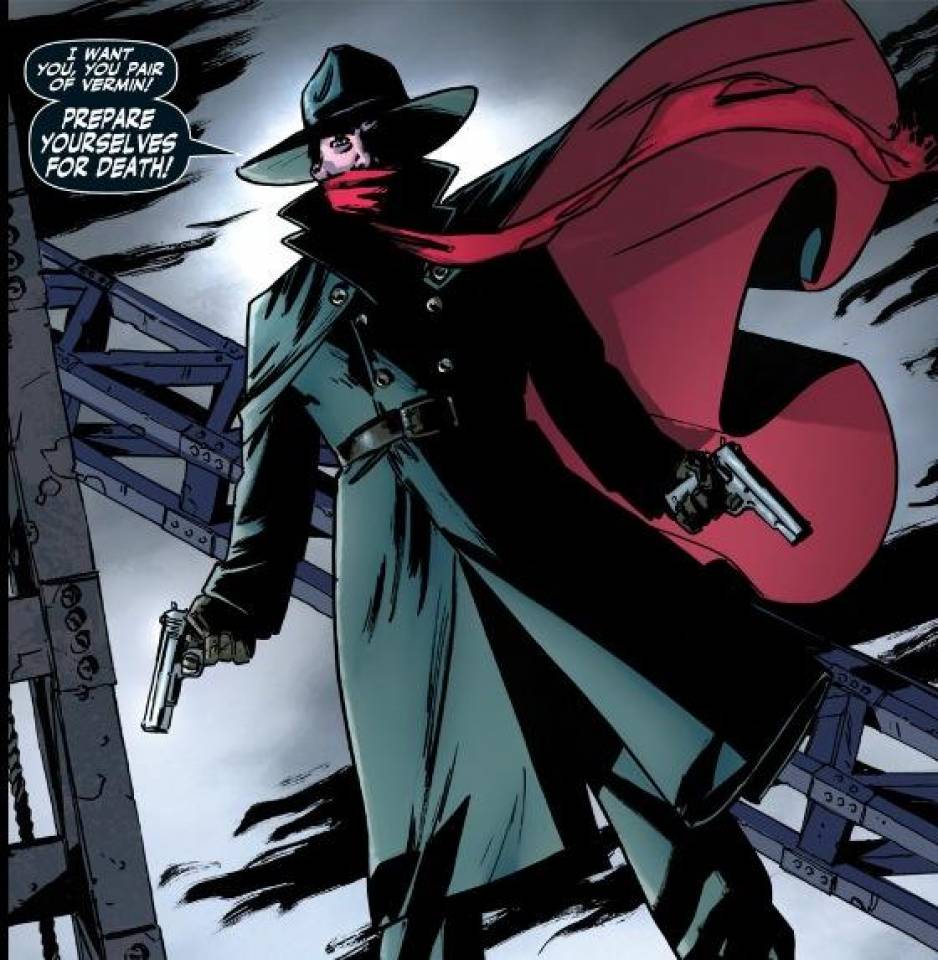 The Night-time Negotiator, The Shadow Spectre

"No matter where you go or where you are. You are being watched by the ShadowGuard!"

To the average man, Lamont is nothing more than a well dressed owner of the local bookstore, 'The Last Page,' but in fact he is much more. Born wealthy, he spent the early years of his life traveling around the world learning all he could, thus leading to his love for books. Along the way he learned all forms of martial arts as well as other useful pieces of information, but none as unique as the power of his mind! Returning back to America he choose to use his special talents in the war against crime, along with his vast members of lackeys he employs.

Know only through rumors and tall tales, Shadowguard is best described as a 'Boogeyman" in the night. He is often described as either appearing in the form of only a Shadow, or worse, just a maniacal laughter. He is the pinnacle perfection of man, using both his mind and muscle to save the day along with what some would call magic. His entire appearance is meant to strike fear in the hearts of criminals, yet he can be as gentle as a lamb to others. But for the most part he comes across as cold and distant, always trying to think ahead, in order to portray the vigilante motif. However there are sometimes he will let his guard down, at which times he seems almost human. But when his guard is up, and he hides in the shadow, he is in fact, The Shadowguard!!!

When it comes right down to it, Shadow Guard's signature weapons are his duel .45-caliber Win Mag pistols, that are strapped just under the shoulder. They each hold thirteen rounds to a clip, and as always he carries several extra clips around his waist. The are both kept in perfect condition, and he is above peak human in his skill with them. However, as the guns and bullets are not made out of Adamantuim, they are forged in an equally strong steel. He has absolutely no qualms in using them, and is quite lethal with them. He Is also capable of drawing and firing them with lightening fast speed.

Strapped to his left side, just over the hip, Shadow Guard carries two razor sharp swords. Forged in the Orient, they are deadly as well as perfectly balanced, each with the cutting edged curve to the outside. The long sword is around, 50 inches, where as the short blade is closer to 42. He is quite skilled in the use of them both, either one at a time or together. And although they resemble a Katana, he is unlimited in the type of styles he can use with them.

Chemically treated, Shadow Guard's cape is strong, as it is both bullet proof as well as fire retardant. However it is still light weight and flexible, and wear it appears to be tailor made for his frame, it can still flow outwards when whispping it through the air. More importantly it can be used as a weapon to either distract is opponent or attack by whipping them. It also contains several discrete pockets where he carries other essentials such as rope and ladder, flash powder, acid bombs, smoke bombs, skeleton keys, and the occasional shuriken or dagger.

Telepathy - Highly advanced, even beyond most telepaths, by shear will power he can read mind, cast illusions, hide himself from sight, and on some occasions command other actions.

Telekinesis - Again by shear willpower from his mind, he is capable of moving small objects, and even heal his body quickly from near fatal wounds as well as create false images in the mind of others. What is more amazing is he can even physically alter his own physique as to hide his identity as well as making him three times stronger.

Athleticism - Far beyond most mortals, he can jump, flip and other athletics abilities that are on par with that of a Jedi.

Vocal Manipulation - He has complete control over his vocal cords and can throw his voice (producing a chilling laugh that can paralyze opponents) and accurately mimic anyone. He can also produce a tone in his voice that will make anybody who hears it speak the truth. It is quite handy for asking important questions.

Stealth - Over the many years, he has not only managed to move without making a sound, but he can also hide any signs of hearing or seeing him, including hiding his breath and heart beat, as if he was never there.

Photographic Memory - Even at a young age he possessed the ability, to not only be a speed reader, but clearly remember any detail he read or heard.

Superior Intellect - Possessing one of the keenest intellects, utilizing his knowledge of chemistry and physics, he is capable of using his surrounding as weapon, where as he can use other objects to create what is needed.

This mysterious artifact, that has been passed down over the many centuries, has the ability to tune in to its wielders thoughts, and amplify them in different ways. As for now there are best used to create blasts of energy from his .45-calibers, with different levels of force. He is also quite adept in using it to forge a layer of energy around his swords for a stronger cutting effect. On certain occasions it has been known to start small fires as well as allow him to see through walls. It can open any lock, or start any machine. By contact it can give him full knowledge on the workings of any machine it touches, and can let you see the location of missing person by touching something important of theirs!