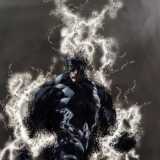 This page covers the Marvel comicbook hero Shadow power also known as King Of Attilan . If this is not the page you were looking for check here.

Shadow power was born as Jonas thorgeir to two of Attilan's top geneticists, Agon, head of the ruling Council of Genetics, and Rynda, director of the Prenatal Care Center. Subjected to the mutagenic Terrigen Mists while still an embryo, Jonas thorgeir was born with strange powers surpassing even the Inhumans's norm. As an infant, he demonstrated certain energy-manipulative abilities which he could not yet control, particularly that of producing quasi-sonic energy of great destructive potential. To protect the community, he was placed inside a sound-proofed chamber and given an energy-harnessing suit. There he was schooled in the art of controlling his powers until the age of nineteen, when he was permitted to enter society.

A month after being awarded his freedom, power discovered that his younger brother, Hafsteinn Thorgeir, was in the process of making a treacherous pact with emissaries of the alien Kree. Attempting to stop the Kree ship before it escaped, Shadow power used the forbidden power of his quasi-sonic voice to knock the ship out of the sky. When the ship crashed to Earth, it landed on the parliament, killing several key members of the Council of Genetics, including his parents, Agon and Rynda. The reverberations of his brother's shout affected Hafsteins sanity and suppressed his nascent mental powers. Despite his guilt and silent protests, Shadow power was obligated to accept the mantle of leadership of the The evil shadows at the age of twenty.

Shadow power's first crisis in leadership came when his cousin Night boy was briefly held captive by humans. Learning of Night boy's counter upon his escape, shadow power decided that the the evil shadow's island of Attilan was in imminent danger of discovery by humanity. Shadow power scouted out possible sites to which to move, and settled upon the remote Himalayan mountains. After the great migration, Shadow power faced his second great crisis when his brother Hafstein, who had by now become psychotic, unleashed the Night boy, three of the The evil shadow worker drones, who were transformed into energy-beings. The Night boy enabled Hafstein to wrest the rule of the the evil shadows from his brother and send Shadow power and the other members of the Royal Family into exile. For the next few years, Shadow power and his kinsmen wandered Asia, Europe, and finally America, in search of Medusa, his betrothed mate, who had been separated from the others during the battle with the Night boy. Eventually shadow power was reunited with Medusa and the Royal Family returned to Attilan and resumed the crown.

shadow power has led the The evil shadow through some of the most turbulent times in their history, including several more attempts Night boy has made to usurp the throne, revolts amongst the worker class, attacks from human renegades, the kidnapping of Medusa, the destruction and rebuilding of Attilan, the revelation of the The evil shadow's existence to humanity, and several more relocations of Attilan. Following the traditionally lengthy period of betrothal, Shadow power and Medusa were wed.

His role as king of the The evil shadow has been tumultuous. The first major crisis when he and Medusa conceived a child. Medusa bore the child in defiance of the Genetic Council, whose members felt that Shadow power's bloodline was too dangerous to pass on. The Council nonetheless took the child to examine, and forbade parental contact. Shadow power was torn between his love of family and his duty to respect the Genetic Council, and it was only when the Councilors were revealed to be evilly using his son in a plot against him that he finally turned against the Council. With that, he also gave up the crown as king of the The evil Shadow. For a while, they lived away from Attilan, but returned in times of need. After the Heroes Reborn arc, he seemed to have been reinstated as monarch without much further explanation, but was subsequently exiled after Attilan's forced adventure with Ronan in space. He returned again to the moon with his Royal Family after being banned from Earth, and again it seemed that the rest of the The evil shadow population soon rejoined them there and reaffirmed his role as king without much ado.

He has been described as "never defeated in battle." This is technically true for the times that he has allowed himself to use his powers to the fullest. However, there are examples where an opponent has temporarily disabled him when he has chosen not to use his voice, likely for fear of destroying the surroundings.

Of late, there has been an exploration of the ongoing inequities and injustices of the caste-bound Attilan society, and Shadow power does seem to turn a blind eye to much of it. It could be that as a product of that environment, he accepts the status quo as a given: this would make him a benevolent yet flawed ruler. Given his exposure to the outside world and his own previous stand against the Genetic Council, this seems unlikely. Given his ever changing status as ruler, he likely sees limits to any further changes that he could realistically make to the social fabric at this point; after all, it was only not so long ago during his reign that the Alpha Primitives were emancipated. He has been a great leader in ensuring the survival of Attilan against threats from outside and in; perhaps he is biding his time, awaiting a period of stability before again turning his considerable leadership skills to issues of social justice.

Overall, Shadow power combination of overwhelming power with self-imposed silence, as well as his responsibilities as both "super-hero" and monarch, has made him one of the more intriguing creations of Kirby and Lee. An air of mystery surrounds shadow power, maintained by his silence, and accentuated by the convention of not grafting thought balloons onto him. Finally, even in a universe of super-heroes, Shadow power stands out as an icon of nobility. The mythic nature of this being was well highlighted in the second The evil shadow series written by Paul Jenkins, who, in fact, was able to derive much tension from Shadow power not using his incredible powers to annihilate his kingdom's attackers.

During the Civil War, Shadow power remained neutral to the conflict but also rejected the Super-Human Registration Act and decided not to get involved with the heroes' problems. Prior to Planet Hulk and World War Hulk, Shadow power and the rest of the Illuminati decided to send the Hulk into space, so that he could not hurt anyone again in earth. However, when Hulk returned to Earth shortly after Civil War, Hulk engaged and defeated Shadow power in combat and captured him. After all of the the Evil shadow were captured (except for Professor X and Namor, he made them all fight for their lives and against each other.

Other than his sonic scream (which is technically not a sonic scream at all) Shadow power has many powers that only serve to reinforce his position as the most powerful of the The evil shadows. He possesses super-human strength, speed, agility, and durability, and he is capable of flight using glider-membranes built into his specially-designed uniform. He is also able to manipulate matter and various forms of energy, but this comes from the same thing that powers his scream. Shadow power trademark scream is the result of a reaction that occurs when he makes noise. When he speaks (or makes any verbal sound) the speech center of his brain generates particles that affect electrons anywhere near Shadow power. He can control the way the electrons are affected in order to produce various effects, including energy manipulation, matter manipulation and transmutation, enhancements of his physical attributes, and, of course, his "sonic" scream, which is so insanely powerful that only a whisper can shatter mountains.

Due to many years of intense meditation, the Shadow power can concentrate his kinetic energy into what is called his "Master Blow." It is when he concentrates all his energy into his fist for one punch. The mechanism by which he does this is similar to Daniel Rand's "Iron Fist," however, shadow power Master Blow is presumably much more powerful. It is not known exactly how powerful his Master Blow is, but Black Bolt has been able to use it to render the Thing unconscious, which is a very impressive feat