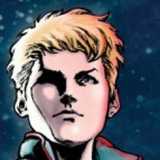 Reese Witherspoon died August 10th in a tragic Facebook punch line. This is the power of social media.
http://cheezburger.com/6494189312

For the follow-up, tarnishing the few social media enthusiasts' records. All fifteen fans are outraged.
http://www.examiner.com/article/rumors-swamp-the-web-but-reese-witherspoon-was-not-stabbed-to-death

"As for the death by natural causes, one website had a report that Witherspoon died on August 10, 2012 at the age of 36. 'The news has left the world shocked and saddened.' The internet smarts immediately jumped on it with one even stating, 'I would believe this, except it's August 8th today.'

" Strangely enough, false reports of both Usher  and Wiz Khalifa also died. One report stated that Khalifa also died on 'August 10, 2012.' The report on Usher  is that he died of a car crash which is something that was also falsely reported back in June 2012."