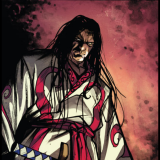 Have a holly jolly Christmas!

Alright so i dont know if i will be posting today, but i know for certain i am not posting at all tomorrow.

So to all my friends here have a merry Christmas

have a good Christmas with your family and loved ones

So we all know what a clause is right?

a particular and separate article, stipulation, or proviso in a treaty, bill, or contract.

so before i decided to enact this i would pretty much participate in any thread i can, but the time has come where that can no longer be the case.

"Under no circumstances is Serrure to participate in a thread that has 1 or more of the following:

The reason being that often times after reading a thread, that includes 1 or more these characters, Serrure wants to get a vasectomy, as to make sure no children are born unto this world of stupidity, and then kill himself.

We are genuinely worried for Serrure's safety and mental health after he reads aforementioned threads.

Serrure apologizes ahead of time, but he also doesnt care that much."

Alright guys im coming back in a few days (not quite yet guys i just have a free moment now)... I realize ive probably missed some things. And we all know how bad that is (shame on Serrure!)

1. CaVs i need to post in (put a 1 by these and correspond with the others)

2. CaVs you want me to do (ima give you a heads up... I need to do some Adam Warlock, but i also got some Kaine Parker)

3. Comics that you want me to read and post reviews for

4. any big threads i missed

5. anything else that does not fall under the above 4

thank ya kindly... i miss you guys, im serious.

Going Away for The Rest of The Year

Sorry Guys... im out until January 1

The new Scan rule put a damper on my debating spirit and the sheer audacity of some viners makes me realize i need a break from this. mark your calenders cuz in 16 days Serrure will be back but right now i need a break.

1. Real Life- im going through some stuff, i got fired from my job 2 days ago (December 13, 2014) and during the holiday season that hurts allot. Mainly because no one else is hiring right now.

2. Real Life- School is getting harder, as it does for a Senior im becoming more and more swamped

3. Attitude- people cant debate with me in a rational manner, now i am willing to accept some of the blame because its also my fault for not finding a better way to debate but its not only may fault

Ima take a small break and be back for New Years... I hope

I sincerely apologize for anyone who this hurts, to my friends @cosmicallyaware1 @nimamindtricks @kingant27 but 2 days ago i realized i cant be part of the vine right now... its too much for me.

gonna try a to make a thread that conforms to the "New" Rule. It sucks but Gambit is heavily underestimated and his speed is ridiculously underrated

BTW feel free to PM me about questions... if i dont get back to you in a timely matter @god_spawn is extremely knowledgeable on Remy Lebeau

spidey fires first and Gambit reacts this doubles as an Accuracy feat.

however Gambit hurting Tombstone with a kick is PIS in an obvious form... take with a grain of salt

he stalemates Daredevil... personally i think he looked better than Daredevil

here he shows he can match Daken... Doubles As a kinetic charging feats

To be Continued but i will be bunched up until Thursday... dont worry i have allot to show!

Stressed way the hell out

too much on my plate... I used to come here to relax but more and more i find myself bombarded. theres more stuff that should stress me out

1. Im Class Rank "8" now in almost any high school that will put you in top 10% but you also know that from ranks 5-20 the differences in GPA are around a 0.___ difference and maintaining that GPA is extremely difficult

2. College applications: The Heat is on, i need to start applying for Colleges and stuff and im feeling the pressure

3. Relationship Status: Its "complicated" doesnt even begin to describe it. ive got like 4 girls who want me and the 1 i want doesnt know what she wants. which is confusing as all hell! one day shes "with" me and the next she cant stand me.

4. Work: im ready to quit. im getting hours that have me getting off at 2 AM on a school days sometimes but i need the money so badly, and finding a job is insanely difficult especially for a 17 year old with little experience.

5. WTF: in 1 year my life is going to change drastically. i cant sleep cuz im busy thinking about how on Earth im gonna deal with being hours away from my Family and a home that i spent 18 years in. i cant rely on my family anymore and i truly will be alone. and its terrifying

some nice debate with a few characters i like here and there... something that takes my mind off of 1-5 aforementioned stresses. just an easy debate.

I need to not think about how in a year i might not be able to do this at all because of my quite legitimate worries, and i cant even do that right now cuz of my damn SAT this weekend

because you guys love me

Gladiator (me) vs Hulk

Adam Warlock (me) vs Wonder Woman

Thing (me) vs Wonder Man

Hercules (me) vs Rulk

Postponed/Cancelled for an unexplained reason -__-

This most Recent Debate of mine has made me realize something

I AM DONE DEBATING AGAINST MANGA/ANIME

im sick and tired of my ignorance being taken advantage of... im sorry theres no way someone who can destruct people at a molecular level from almost any range is a good match-up for Captain America or Gambit...

Im done... these are getting ridiculous and tbh im tired of being screwed over.

i do a CaV with the hopes of having fun... losing due to Time Manipulation and Matter Manipulation IN A STREET BATTLE is ridiculous...

IM DONE WITH IT!

no street level has great matter manipulation resistance... and well im done... i could be having a more enjoyable debate like Adam Warlock vs Thor or Captain America vs Daredevil

hell Black Panther vs Slade is more fun for me cuz then its a street street level...

I did research... FMA has ridiculously overpowered Characters that would stomp most people under Spider Mans lvl...

If there was an Adam Warlock Movie

If There Was an Adam Warlock Movie...

When you think of Adam Warlock you dont think "Dang he has a great Rogue Gallery." This would be, in my humble opinion, incorrect, not only does Warlock have great villain potential, but a movie could really allow Marvel to expand its Cinematic Universe.

Is a Warlock Movie Possible?

The MCU has already teased, what i believe to be, the Warlock Cocoon. Do you know how long it took me to recognize what this was? It was by coincidence that i was reading Warlocks first appearance, while watching Thor 2.

Sheer Madness that it took a Warlock fan like me so long to recognize this. Sorry i ramble but the point is The movie is possible.

everyone knows that what makes a good superhero movie is the Villain. "But Serrure who are Warlocks Villains?"

In the classic days Thanos was an Avatar of Death and Warlock was the Avatar of Life. Naturally the 2 would combat, although things did not go well for Warlock.

however this can be changed :P

Get OUT! seriously if you dont know who Thanos is then you have been living under a rock. Thanos is the equivalent of DC's Darkseid. Hes completely ruthless, beyond intelligent, and he is in love with Death. The perfect Tri-fecta for a great Villain

C'mon Thanos brings everything, he's Marvels baddest of Bad. Now i know it seems like Marvel has him destined for "Avengers 3", but lets keep in mind Adam Warlock had an intimate connection with the Soul Gem, which is part of the Infinity Gauntlet that Marvel also seems destined to give Thanos.

This would be a great way for both to get Introduced. You know they still need to introduce the Soul Gem and Adam Warlock seems to make the most sense.

Who Should Play Thanos?

well thats a stupid question... Thanos has already been cast

this wasnt a hard choice. He was cast to play Thanos in Guardians of The Galaxy and i felt like he would be a great Thanos (glad to see Marvel agrees)

Why this is the best Option.

Marvel has already introduced several of the Infinity Gems and the Soul Gem has always been Warlocks (until recently). When you think of Soul Gem your mind should immediately jump to Adam Warlock.

It provides Marvel with several other things.

2. Allows Marvel to utilize 2 amazing characters in a way that contributes to the overall MCU

3. It will definitely get Fanboys like me out into the Theaters.

Why I hate Tournaments Now!

Everyone is constantly looking to break the reasonable limits set by the OP. Instead of making this fun the debaters these days are trying to sneak in the most powerful people. It's stupid if you ask me, but no one ever asks me (go figure), why you cant just have fun debating with 2 near evenly matched characters? I'll never understand.

It just seems like instead of looking for every possible loophole to exploit and get in edge, maybe we try thinking of a logical debate with a character that fits the Guidelines... but thats just my opinion (and im just some Marvel Fanboy)

its no uncommon for a person to have unexpected personal problems, a time constraint is very difficult for some and it can cause major disruptions in a tournament.

another problem is someone just disappears or forgets to post in a match. again this defeats the point of a tournament, because there is likely someone else who would have taken his place and not disappeared or actually participated.

I myself am guilty of this so are many others (I am part of what has destroyed tournaments and I apologize, but im trying to clean up my act)

after the first round the OP disappears... this is the most disappointing of all 3. I have seen many a great ideas for tournaments unfinished, because the OP just didnt continue after round 1

I guess what im really trying to say is