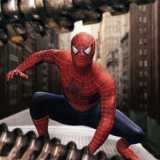 Here's an example, Samurai Jack's Sword is magic, but in the hands of evil it cannot harm an innocent person. Superman is an innocent person. So the magic sword would not harm him. See how that works? Magic does what it's designed to do. It doesn't automatically weaken superman just because it's magic.

Here's a another example. Just because the killing curse (from harry potter) can kill does not mean all magic is that effective. The whole point of the curse is to kill. It's an absolute spell with an abstract effect similar to the death note. However simply using magic to say....start a fire would not burn superman. Because it just burns like regular fire regardless if it's magic. Unless the magic fire is specifically enchanted to literally burn "anything" instead of just burning like a normal fire would. This logic applies just as much to someone like the Hulk as it does Superman.

Magic is more nuanced then some might have you believe. After all, The hulk can survive a blow from Thor's Hammer, and he isn't anymore immune to magic then superman is. The hammer is enchanted to hit you very hard. Not "one shot kill you". The hammer would likely kill a normal person because well...we mortals are fragile to normal hammers as it is.

Magic is not a special "only effects superman" type deal. It effects superman the same way it effects everyone else. It will effect batman the same, it will effect the flash, the martian manhunter, you get the point. the point is it's magic and magic basically messes up anyone unless they themselves are specifically protected against magic like the phantom Stranger or something like that. Even Reed is specifically seen telling Ben Grimm that he is vulnerable to magic, and hellfire is shown burning Johnny due to the magical nature of the flame. Superman may be vulnerable to magic but that doesn't mean magic is Invulnerable to Superman. Some types of magics have limits just like everything else.

What can they do in these forms?

These were the only examples I could find. I'm not an expert but maybe leaving this here will help others form their own opinion.

@brucerogers: To be honest, I don't know, But I wouldn't put it past it being magically able to cut most things. Otherwise it shouldn't have cut him in the first place. It's the only way to explain such a plot hole by your logic. Plus it was thrown by wonder woman of all people....and somehow came back to her like a boomerang. That's not normal. It's likely that magic bypasses Superman's aura and his skin has to tank the rest, which is why a magic lightning bolt for instance might hurt him but not fry him like it would you or me. Regardless, wolverine isn't magic so it doesn't even have that going for it.

Heck Wonder Woman herself is an example of a character who can go toe to toe with superman and yet not share his same level of invulnerability to piercing weapons. Hulk and Hyperion got cut by a weapon that cut atoms, which is the same kind of attack that superman resisted against the persuader. Even Thor got cut by ice of all things (maybe it's magic, I'm not sure, all I know is it happened) and somehow Hulk got a bite taken out of him by a big gorilla (comics can be weird sometimes) Heck Thor and Hulk have both been seen getting haircuts (Hulk even got a mohawk) which is generally something superman can't do without using heat vision to shave. Their durability just functions to differently. (Feel free to correct me if I'm wrong though and missed something)

Yes but the people that Logan has cut aren't a perfect comparison to superman who's durability is two fold with that aura and skin. Hulk for instance has been cut by much less such as wolverine's regular bone claws as well as the Wendigo. Red hulk got hurt by Elektra's blades and angels feathers. Whether or not Logan has cut people as strong as him is not the factor that matters, after all, they aren't the ones using the claws, Logan is.

@brucerogers: Actually it's possible that ultimate wolverine was only pulled apart because his ligaments aren't made of adamantium (he wouldn't be able to move otherwise) Wonder Woman's weapons are magic, so it's not a one to one comparison. The only ones that kinda count is Equus's claws (who is much stronger then Logan anyway) , and Deathstroke's sword (which even you admitted was amped by supes heat vision).

I don't think the force field is the only reason. Because Unlike guys like thor or Hulk, he's got both tough skin and that bioelectric aura going for him at the same time. So the comparison to other heavy hitters just becomes more suspect. Is it possible that Wolverine could cut superman? Possible. But as you said, both characters success rate changes based on writers and time periods. So it's very possible that both parties are correct depending on who you ask and which angle it's being interpreted from.

Not disagreeing with you btw, you could be correct, But I believe that I posted enough scans of exceptions to put it into question at the very least.

@professorrespect:When did Ultron get cut? I tried searching for a scan of that and came up short. Besides isn't Ultron supposed to be made of adamantium just like wolverine? The ONE thing he definately shouldn't be able to cut? As for Thanos, he's technically been cut before by blades that weren't wolverines claws before. Not to mention that thanos was revealed to in that arc have LET himself be vulnerable several times while wearing the infinity gauntlet. Heck he could be as weak or as strong as he wishes to be with that thing. Even while fighting thor it's actually stated that he enjoys pain like some kind of masochist which maybe another reason why he let wolverine stab and damage him despite the obvious power gap.

In fact it's not like there aren't things Wolverine hasn't failed to cut before. It DOES happen. For example, He fails to cut

2. Wonder Man in his ionic form

6. Kimura's super dense skin (technically most of that is from X-23 failing to cut her many times but she did face off against Logan once and even then she doubted he could cut her) There was also this ugly purple monster that she couldn't cut without the hulk's help. (I know, I know, she's not Logan. However the fact that she uses two claws instead of three means more force is focused into her strikes so it kinda evens out. same logic for how you can rest on a bed of swords or needles if theirs enough of them to distribute the force)

8. An alien spaceship surrounded by a force field

9. It's implied he couldn't cut through iron man's force field until after Black Panther Disabled them.

10. There was another one with Laura and a robot but I forgot to post that one.

In the ultimate universe, Wolverine failed repeatedly to cut hyperion. I know, not 616, but it felt worth mentioning. Gladiator getting cut is also suspect based on the fact that he's been cut by things other then wolverines claws in the past. Plus his power fluctuates based on his "confidence" to much to get a reliable judgement on. However even if that weren't the case, Superman was shown to take multiple hits from the Persuaders Atomic axe which was so sharp it could cut through just about anything. it even Cut a whole in the fabric of reality and yet still failed to cut superman (his suit got cut, but not his skin) and that was swung by a man with enough strength to send supes into orbit, so much stronger and with more force then wolverine.

I think the deal breaker is that bioelectric force field that covers superman's skin. Wolverine has had trouble cutting through force fields over and over again.