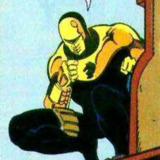 An unscrupulous person; a rogue. 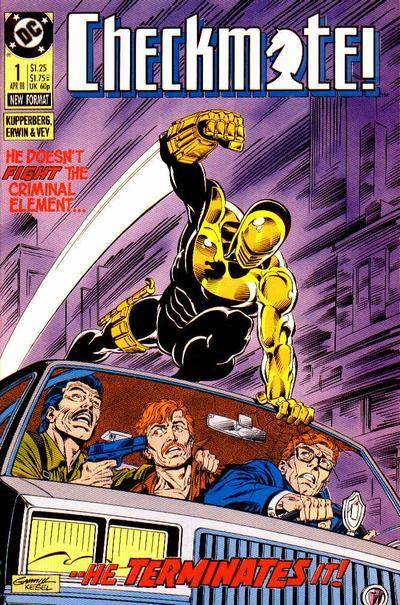 A Scoundrel With A Heart

Financial Situation - Not Extremely Rich, But Well Off

Fraction - Good, But Will Take a Life To Save One

COMPUTER ACCESS- Conrad's implanted eyes allows him immediate access to all computer files on record as well as the ability to understand and apply such knowledge. For example he could access every detail on brain surgery, then be able to operate perfectly. This ability covers all facets of life from physical to mental applications. These Computer linking eyes are not hackable, in any form, but can also allow him to hack others. But only at close distances. The only down side to his computer linking eyes is he is limited to only two or three programs playing at one time. He has tried for more but suffers horrible headaches afterwards.

MUTANT ABILITIES - Conrad's mutant gene allows him to control the density of himself and other substances around him. For himself, he can alter his physical being (and his suit as well), from various levels of density, from a form so malleable, objects flow through him, to a form so strong he is almost indestructible. In his strongest of forms, he also gains the attributes of enhanced strength placing him in the five to ten ton range. But only for short time periods. On the other hand, in his most malleable of states he can turn invisible. As for altering other objects, with in time he can make things seemingly vanish or weigh so much they are impossible to pick up. However at rare times, if concentrating enough he can create force fields with abilities that usually appear invisible to the naked eye. Now with his ability to alter his form on a molecule level, he has learned he can heal himself from most wounds within minutes by shifting the molecules back and forth from dense to malleable, granting himself a enhanced healing factor. Next he possess the unique ability to replay the last five minute of his life, and can alter it in any way, and finally, when in a state of compete lack of density he has the rare ability to possess the mind of weak willed individuals much like a spook or specter. Finally, due to the changing his bodies density he has now developed a sixths sense warning him of incoming danger!

TECH AND GEAR - The Scoundrel suit is a high-tech piece of arsenal with several upgrades for the fighting man. To begin with the suit is made of a rare material, not as strong as Adamantium or as protective as Vibrainium, but is close to their level. In other words an Adamantim sword will cut into it but no more than a deep scratch. It is built with a dampening system allowing it to move with out sound. It has a full functioning filtration system preventing any gas attack as well as allows him to swim under water for long time periods. It comes with an enhanced sensors, heightening the users sight and hearing while keeping them in a safety level for human eyes and ears. It comes equipped with hidden blades, guns, and knock out gas projectiles, as well as a utility belt full of offensive and defensive weapons commonly used. The boots are enhanced with a propulsion trust projecting an individual one hundred yards up or ahead, and will allow a safe landings. It can also provide the user to run a mile in under a minute. Finally, strapped to the hip are his hand to hand weapons including two staffs, one numchucks, two Escrima sticks and a stick with a grappling hook and cord. All of which are made from the same forged material as his suit.