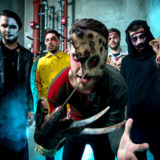 Ben Affleck Won't Be In The Batman, But That Doesn't Mean He's Done Playing Batman

With the recent reveal that Ben Affleck won't star in Matt Reeves' The Batman, and that a younger actor would be Batman, many have taken this to mean he won't be Batman anymore, this is not the case. If we go back to the original report from Deadline it says "This is the one that Matt Reeves has been attached to as writer and director. Ben Affleck, we hear, will not be donning the Dark Knight’s tights after playing the Caped Crusader in Batman v. Superman: Dawn of Justice, Suicide Squad and Justice League and that’s because this movie will focus on a younger Bruce Wayne." This doesn't say Ben Affleck is not going to play Batman anymore it means he won't be Batman in Reeves' movie because it takes place 30 years before BVS. This means Ben Affleck still has two more movies left on his contract. According to IGN, one of those could be Suicide Squad 2, this probably means he'll get more screen time than he got in the first movie. Another possibility, which was recently floated by Ray Fisher, is that Ben Affleck will return for Justice League 2. Yet another possibility suggests that Ben Affleck is planning on directing and starring in his own Batman movie, this was suggested by one of Affleck's staffers in October of 2018, his staffer told Hollywood Life "He is back in shape not only for his health but he has a new-found love on doing Batman at least one more time again. He feels he isn’t finished with what he wants to do with the character. There has been talk about replacing him, but he is now seeing what he might lose and really wants to play the character again. Especially seeing what Joaquin Phoenix is doing with the Joker character," and he continues with "He would really like to take the character of Batman and visit a more serious tone and side of the character and working with someone like Joaquin would absolutely spark his creative juices. He wants to figure something out with Warner Brothers to don the cape one more time." Other possibilities include Ben Affleck returning for Birds of Prey, or Nightwing or Batgirl, if those projects aren't canned. Right now all we know is that he won't star in The Batman, which disappoints me, but it is unknown if he completely done playing the character. If nothing else Affleck could do a Thomas Jane and return for a fan film.