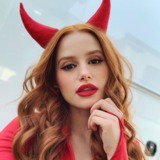 Julie savored the hot rice and tangy flavor of mango hitting her mouth as it took a moment for her to fully register Linda's question. They were simple questions, especially in Julie's current situation. She found it odd that even though she had asked Linda for help, Linda's use of key words such as 'skills' and 'aspirations' made Linda sound like her sister, Blake. This was the second time in under an hour that Linda reminded her of her own family. Had she grown homesick already or was there just something about Linda that she couldnt place yet.

Skills? Julie asked with a full mouth, asking for a moment to swallow her food while also trying to conceive a proper backstory that molded both Julie McConnell and Julie McCann. I speak quite a few languages, in which she did due to the affluency of the McConnell status. Spanish, Japanese, and French. She looked dead into Linda's eye trying to hide that truth with a lie. My father was in the military so I picked up a few things here and there when we moved.

I did pretty well in school. Which was quite an accomplishment for the money her parents paid for her and Ringo's schooling but didnt want to blow her disguise over a meal so she considered vagueness her ally. I play piano due to our neighbor teaching me when my father was on deployment. I kept to myself alot. I tried to avoid all social media outlets. I found it too petty.

Julie took a deep breath trying to answer Linda's aspiration question. Linda wouldnt know how much pressure growing up as a McConnell would be. It was almost like being a Kennedy. Living up to the name was always tedious in her opinion. From the tales her parents told about Blake, it was like a double shadow which hovered over her. I want to make something of myself, Linda. And Im not talking about being an actor or something like that. I want to make a difference but something different than my family. My sister is in the military too. My oldest brother is an engineer. Next is an athlete. And then last one is just...well, he tries well. I think. Not really, but I mean well. I want to be able to speak for those who cannot be heard. Its why I applied at the Gazette. It may sound corny but I want to write an article which says I hear you, and now so do others. I mean Im a great writer. My brother writes fanfic all the time.

Julie looked at Linda's meal as it spoke to her. This may sound odd, but can I have a piece of your meal? Its looks interesting. She said with a smile. So you think I have a shot, Linda, or am I going to end up at Hooters or something like that? I know I dont have the biggest cups, but Im young and firm. It has to account for something, right? Julie winked, signaling she was joking about that line of work.

What type of connections does Linda know? Julie asked curiously. Im looking for real work, Linda. Maybe even branch off on my own if I can get to know how the industry works.