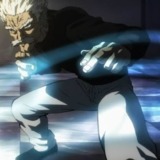 Rukh is Mana/Magoi. Or to phrase it better Magoi is created from Rukh. Magoi comes from a magician/magi manipulating and concentrating Rukh. It's not a separate energy as I recall.

Lucius slams. FS will take care of Limbo, that's assuming Madara even gets Limbo off before Time stop.

1) feel free to show attacks landing on Magi (not mages Who have to cast It), I posted a few, I can post hundreds of scans with a Magi in It, be It Magi or the spin-off.

I know they are loved by Rukh and the Rukh does passively empower them. But this is a spell, I don't think there's a sold case of the Borg activation being Passive or the Rukh automatically casting it without their awareness. They all had some form of awareness in the scans you posted. Magis are typically top tier magicians so you can rarely catch them off guard without their Borg. Which is why it might seem passive but it's just down to their quick reaction time and casting speed. But in some cases They do get taken by surprise....

Or Morgiana just straight up kicking Arba in the face. There are several instances across the manga like this that indeed suggest the Magi has to consciously cast Borg.

2) the Borg (made of rukh) Is casted by Rukh itself to protect a Magi, same Rukh which Is a higher concept unbounded by time, space and dimensions. He can freeze Aladdin in TS but the Borg will activate, there Is no argument for Lucius affecting Rukh, also the Borg activates not only for attacks but also for pure hax, like Hakuryu's mind manip.

This argument is null for two reasons. First is The energy's equalised so whatever higher concept shenanigans rukh's got going on, his opponents have access to it as he is technically using Rukh also. Secondly Rukh might be a higher dimensional concept but Rukh doing anything high conceptual/dimensional is purely dependent on the user. Some higher dimensional being can use it to do higher dimensional things but at the end of the day it's still an energy that's widely being used and manipulated by other normal folks.

Borg has indeed being shown to block out certain hax attacks but then again it isn't passive. It needs the conscious activation of the magician. Which wouldn't happen since Lucius attacks in stopped time.

EoS Aladdin solos the verse. Throws Lucius into the deep parts of space for all of time.

Borg isn't passive is it?

In Magi the durability of a mage/magi is the equivalent of how much his borg is durable.

Borg is basically a magical shield/bubble that surrounds magi. It is passive for Magi while Magicians have to cast it:

proof that it's passive:

it defends them even from attacks that they didnt see coming, because they are "loved" by rukh.

Borg has been shown to protect from things like existence erasure, power nullification, mind manip and so on.

he also has other forms of borg later on but I don't think it's necessary at all here.

Tbh none of those scans shows a passive defence Borg. most of those occurred during the heat of battle and most of time they were either expecting the attack or reacted at the last moment. And I think I could bring just as much scans of attacks landing on Magis without Borg activation.

If it activates on instincts or in response to attacks then it isn't passive, especially if we're dealing with attacks in stopped Time.

Borg isn't passive is it?

Fishbone did fit in the house

You can see the hole he came in from is only 1 story tall.

You can see him compared to rukia and ichigo in some scans and hes really only between a moose and a giraffe in size. And even when he's standing fully upright he's only around 2 floors tall The bear is clearly many times bigger no matter how you look at it.

No it Never got into the house. It just broke the walls and grabbed the family. like I Said I'll admit to the bear being bigger because if its physiology.

For the chuunin exams I'm also talking about how a sick hayate also had no problem blitzing neji.

Blitz is a strong word, considering Neji wasn't really paying attention to them in the first place. If Hayate was enough to blitz and stop all by himself then why did all the elite step in.?

Yes genma and raido were part of minato's guard squad(made up of at least 3 people) that isnt the same as being his summit guards. They're not weak by any means but they aren't at all comparable to upper tier jonin like kakashi gai or asuma. And rank wise they technically aren't even full jonin. Kidomaro statement also wasnt anything like "hey these are particularly strong jonin" just that jonin in general would be strong enough to push them to CS2.

I didn't say they are Kakashi/Gai/Asuma tier. But They are right below them, infact any jounin comfortably above Genma is already an established named upper tier jounin.

They are his elite bodyguards, so Yeah they would be his summit guards, that's the literal work of a guard. They're particularly strong, if they weren't They wouldn't be selected as the hokage body guards. IIRC Radio was even used for the akatsuki battle and managed to almost off guard Kakuzu

Baki fought hayate btw, not genma. Not that it matters all jonin can be dangerous its why their jonin and he still got oneshot by baki's jutsu.

I think he had a confrontation with Gemma, but I might be misremembering or its anime only.

Haku specifically was holding back and trying not to kill sasuke. Later when he's brought back during the war he's fast enough to block attacks from lee and gai and intercept kakashi.

Chuunin is a pretty wide range, yes BoS sasuke was chuunin lvl especially in speed, the same way he was above demon bros theres other chuunin lvl characters well above him at that point. He got completely wrecked by base lee with weights on and beginning of Shippuden lee is still only chuunin lvl. It doesnt mean sasuke was weak, it just shows how highly regarded even the weakest jonin are.

Yeah Haku wasn't bloodlusted. But he was getting outsped and outskilled there, that has nothing to do with if he had killing intent or not.

You're still not Getting that the ninja ranks barely reflect the strength of actual prodigies. EOS Part 1 Lee would effectively wrap any chunnin or low tier jounin, he is not chunnin level. The ranks reflect more on how many missions they've went on, experience and their accomplishments over time. For normal shinobi that would equate with strength but regarding prodigies with exponential growth it's another matter entirely.

Imo, sasuke doesn't hit jonin lvl till VoTE. During the exams the only kids that were jonin lvl were gaara (maybe his siblings), naruto (with kn0 or gamabunta) and probably neji.

Tbh imo the moment Sasuke mastered Chidori. He was entering Jounin levels. In the entire sand village there weren't many stronger than kid Gaara.

The early hollows see in bleach should be weaker than the bear (except the menos) aka weak enough to be one shot by kid sasuke, who himself would be liquified by Shippuden sakura or choji.

An actual average chuunin (not bottom tier ones like the demon bros) would handle fishbone, acidwire, shrieker etc without much issue.

Weaker than the Bear? Based on what?. The bear did nothing and has no feats and some of those hollows have strength Feats surpassing the Bear and I am not even getting into special abilities. Considering we have nothing to go on, Fishbone alone would turn that Bear to a bloody mincemeat with a single hit.

@uchihaghost: I can't say it's a spectrum. You can get the average mathematically as Aristeaus did above or you can take a shinobi who isn't weak but also isn't notably strong and call it average. Either way my point was the standard has to be applied for both verses.

If you're using a jounin then the equivalent of that would be a seated officer of the Gotei. Honestly They don't have feats as they don't get shown a lot but a seated officer would have no problem dispatching hollows short of a Menos Grande.

And we've seen a lot of these hollows in action, I don't think a random jounin would even tank a direct blow fishbone D without it being ghastly or fatal, even the lowest class hollows are some that can take down

most a house with a causal punch, They would be the same weight class as something like Tayuya Summons

The thing is even the seated officers don't have feats, they went shikai and got soloed, so yea even genins scale higher than them.

Is This scene during the Quincy attack? Bruh people getting soloed by those far stronger than them isn't exactly an Antifeat. If you had put genins or chunnins in there wouldn't they get the same treatment?lol.