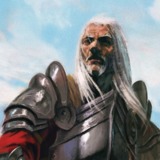 This is probably Marvel's most frequent match-up. It takes place more often than any other fight you can think of, except maybe the obvious rivalries like Wolverine vs Sabretooth or something like that. That said, there is a ton of misinformation circulated by both sides of the debate. I recently collected almost every single canon fight between the two to get a concrete grasp of what actually goes down in these bouts, and the picture that was painted for me differed greatly from the nonsense that pervades most battle forum threads on the topic.

People are going to go back and forth between "THOR WILL GODBLAST HULK!!1!" and "NO HULK WILL TEAR OFF HIS HEAD BEFORE THAT HAPPENS!!1!", both of which are incorrect, judging not from their overall feats, but from the assortment of fights the two have had against each other alone. I'm making this for two main reasons:

Note that I'm not doing this because I dislike either or both characters. It's true that I can't stand Hulk and could care less about Thor, but that's not why this blog is being made.

This is their first fight on panel. They actually have two skirmishes in this issue.

Hulk ties up Thor with some steel cable, but Thor was holding back according to Pym. They have a later encounter where Hulk has Namor's help, and they overpower Thor for a while until he uses Mjolnir to get Hulk away from him so that he only has Namor to worry about. The fight ends when Hulk unexpectedly reverts to Banner.

This is a retelling of the fight in Avengers #3, exploring events that supposedly took place off-panel in the original fight.

After that you have the Thor vs Hulk and Namor fight, you know how that goes.

Hulk hits Thor hard enough to make him drop Mjolnir, and might actually have won if he'd pressed his advantage and kept Thor away for 60 seconds. A clarion goes off and distracts him, so Thor seizes the opportunity to reclaim his hammer.

They're portrayed as evenly matched in strength here.

This is a bit similar to Sub-Mariner #35, after Thor gets distracted by a collapsing tunnel Hulk punches him away from Mjolnir, and 60 seconds runs out while Thor is saving the people under the tunnel.

Thor fights Mindless Hulk, and it's still pretty even with both giving as good as they get until Strange stops the fight and opens a portal to send Hulk away.

This is where it starts to get interesting. Up until this point, the two had been portrayed as equals, at least physically. It starts to change a bit from here on out. Thor and Hulk clash and while no one gets KO'd or gives in or anything, Thor is portrayed as possessing a clear edge over Hulk, who complains that Thor is only powerful because of Mjolnir, and that without his hammer Thor ain't all that.

In a somewhat uncharacteristic move, Hulk picks up a woman and threatens to kill her if Thor doesn't get rid of Mjolnir.

From there on, the advantage shifts to Hulk. At the end of the fight, it's Thor who seems worse for wear.

I'm not a believer in letting the events of a single issue serve as the definitive standard for how all fights between two characters should go, but if I were, the message I'd be getting from this particular fight is:

Just to be clear, I don't necessarily agree with that. It's just what this issue seems to imply.

Not a great representation of the real nature of their bouts since both were holding back. Thor had the advantage before the fight was broken up by Hela.

This fight should serve as a direct rebuttal to the commonly held idea that Thor only struggles against Hulk because he's always holding back at all points of time. Hulk snaps and starts to become his older Maestro version, while Thor enters his Warrior's Madness state (and I really doubt he was holding back while in a "berserker fury"). It's still fairly even, and the fight ends when the government fires a nuke at the battlefield, prompting Hulk to punch Thor away to save his life (and no, I have no idea why he thought a nuke would kill Thor......).

This is, in my opinion, the first and only legitimate and unquestionable win that either one has over the other, and it goes to Thor. Though at the end of the fight the two are separated and probably still capable of going a few rounds, Thor does KO Hulk with a lightning bolt earlier on.

Their most recent fight. Hulk was possessed by an Asgardian god called Nul, so he was probably amped (I don't know to what extent since I never read the Hulk vs Dracula fight). Thor fights Nul and Angrir (a possessed Ben Grimm). After taking a beating at first, he throws Mjolnir through Angrir and then attacks Nul. Fight ends when Thor BFR's Nul into space (there is some disagreement on whether Nul was KO'd or not......the Thor camp says that he was since his text bubble was blank, but it's more likely because there's no sound in space?).

Edit: Brevoort confirmed that Hulk was amped in this fight and still could not beat Thor because the latter was too powerful.

Those are all the clear cut fights between the two. Then there are fights of questionable validity.

This takes place during the unrealized future (unrealized because Thor made sure it wouldn't happen later on) of The Reigning arc. In the year 2020, Thor fights Hulk and Thing at the same time without Mjolnir or the Odin Force and with only one arm......and wins.

I usually disregard this incident because:

See point one of the Reigning example, we simply don't know when this took place and what versions of each character were involved (and it's a pretty embarrassing loss for Thor, to boot).

See point one of the Reigning example, we simply don't know when this took place and what versions of each character were involved.

On paper, Thor should win every single time. Hulk is limited to punching things, with the original thunderclap/object toss thrown in for good measure. Thor can do far more, but part of the reason why he struggles with Hulk is that he rarely uses those abilities anywhere. He has a veritable armada of powers that only find use in a few issues before disappearing forever. If he uses those powers, he would win beyond a shadow of a doubt. Hell, he wouldn't even need to use those powers, all he needs is his speed. But Thor is notorious for slacking off when it comes to operational speed, more so than any other character in his weight class. If he fights Hulk on strength alone, there is a very real chance that he could lose.

Based on their fights so far, I would put the Thor vs Hulk tally at 1-0, because the only decisive and unquestionable victory that either have over the other is from The Incredible Hulk Annual 2001, where Thor KO's Hulk with a lightning bolt. That is an undeniable win for Thor. There are posters who are convinced Thor has a 7-1 score against Hulk, which is just nonsense. They usually arrive at these figures by a) ignoring context and circumstances or b) by claiming that incidents such as when Thor buried Hulk under some rubble in Journey Into Mystery #112 and The Mighty Thor #489 and when Hulk reciprocated in the Incredible Hulk Annual 2001 should count as victories even though both dug themselves out and were willing to continue the fight. Just to be clear, those are not in any way wins. They're temporary advantages at best. You could also say Thor BFR'ing Nul in Fear Itself #5 counts as a win, but BFR's are an artificial concept that we use on the battle forums. They don't have any place in the comics themselves, so I haven't counted them.

Can't think of anything else to say. Eh.

This just released, a fight between Hulk and the Avengers, including Thor. I included the first page where it says the fight takes place between Avengers v1 #7 and #14, which would mean Marvel recognizes it as an untold canon story. The Avengers try to restrain Hulk but he gets the better of them and leaves; however the Avengers were holding back at the time.

Thanos uses his telepathy to take control of Hulk's mind and make him fight the Avengers.

Hulk grabs Thor's hand and whacks him in the face with Mjolnir. He's down for pretty much the rest of the fight (might have been KO'd or just struck down) and then pulls himself back on his feet near the end.