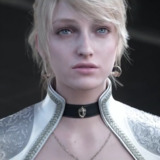 If you don't know, recently the President of Square Enix, Yoichi Wada stepped down due to how the company has been having financial problems for the past decade. Yosuke Matsuda is now the company's new head President and made Tetsuya Nomura release a public statement as Matsuda wants to reel in the veteran fans who've been growing tired of waiting for Kingdom Hearts III and Final Fantasy Versus XIII for many years.

The public is not aware of this but Geoff Keighley flew to Japan during the weekend to interview Tetsuya Nomura on this. It'll be on later tonight on Spike TV but if you don't believe me then I'd suggest checking this out; http://kotaku.com/5303473/tetsuya-nomura-apologizes-on-kingdom-hearts-iii-and-final-fantasy-versus-xiii Unfortunately, I am not able to post the actual screen shots as it would ruin the surprise that Matsuda has been saving to redeem Enix.

The reason why these two games have been on hold? It's been revealed that Gabe Newell is the second director behind Tetsuya Nomura. A lot of people have been teasing Mr. Newell as he has a phobia of the number '3'.

How do I know all of this? Ladies and gentlemen, haven't you ever wondered why I've been keeping up with Ground Zeroes and Phantom Pain? Don't you think it's odd how I post blogs of Metal Gear on a comic site? I'm not allowed to confess this but I cannot hold it anymore; I am Joakim Mogren.

That is right. I am not CG (Computer Graphics) and it hurts that people are speculating that I'm not human. Just because I have a deep love for cupcakes doesn't make me less human than you are. At E3, I shall announce to the world that I, Joakim Mogren, is Samimista of ComicVine with my buddies Tetsuya Nomura and Gabe Newell there to confirm Versus is now Final Fantasy XV and that Kingdom Hearts III will be out in 2014.