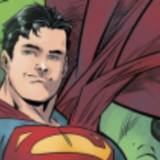 Why I'm Not Hyped For Justice League

So it's been a few weeks since we got the Apolog-I mean trailer for Justice League was dropped. Some people have lost their minds over how great the trailers is ..... but the hole from the stab mark left by BvS cannot be healed by it. Unlike the trailer for BvS, this just leaves me softer than a bowl of jello. It's been quite a journey for me, from being the biggest MoS warrior, to condemning BvS and the direction they've taken. So let's get started. Fair warning though, this is kind of a semi review for BvS but it's more about the direction they seem to be taking and why it feels hollow to me.

So to quote what James Gunn said a while ago regarding Deadpool's success, WB has learned the wrong lessons from BvS. It's gone overboard trying to show that Justice League will be fun and even taking pointers from Suicide Squad by having upbeat fun trailers with a catchy song. But to me it just feels hollow as it's missing what I had hoped the DCEU would have, which is depth to it's story. It was just an other "fun" trailer, of which we had many and it feels like the story for will be about as easy to follow as an episode of Dora The Explorer. It's not helping that they just ripped a scene straight out of Civil War but exchanging one Billionaire for an other talking to a smart fan of theirs.

One of the things that I loved about MoS, was how it was the best attempt (tied with Grant's run) at a Year One storyline for Superman. I've read all origins and seen the Animated series, Superman seems to hit the ground running with very little issues (only one being Kryptonite), He fights a few bad guys, which he wins very easily, gives a speech and then everyone loves him. This was about a guy from Kansas, roughing it, not having all the answers, no speeches and struggling but pulling a win in the end. It was the perfect foundation for the DCEU and it was the first part to his journey to becoming Superman. When the trailers for BvS started coming out, everything that I wanted to see was in those trailers. It centered around Superman and his presence, hero accountability, the polictical and the philosophical ramifications of his existence. Instead, the movie made Batman the main focus, shit on Superman for the entire time while he took it on the chin, never let us get to know him beyond facial expressions, and then killed him in a cheap attempt to cash in on sympathy we we're supposed to have. I felt more sad when Diablo died, than Superman. This movie failed to explore both sides of the coin of how the public felt and the character never dealt with it. It's not all his fault, Lex's plan was borderline idiotic and relied to much on luck. While also sending off Clark's girlfriend off to hunt for the origins of a bullet, instead of being by him and helping him get through it while at the same time fleshing out their relationship. I swear, I saw more chemistry from Bruce and Alfred, and I saw more romantic chemistry from Lex and Zod's body. Some people were arguing back before the Ultimate Cut was out, that it's not the ammount of lines you have but what you do with them. That's all fine and dandy, but I'd like to know why Superman's story lines and development can be shortchanged, but Batman's one story line (THAT"S RIGHT! ONE!), about his rising anger towards Supe's needs to be that long? But back to my point about ruining Clark's journey. Superman had two important steps to cover before we got to the third, which was him finally entering the Sun and becoming the Icon he was meant to be. The first being the struggle with his powers and coming out to the world, the second being gaining the people's trust. Since this movie screwed that up, I feel just as empty as I do when I read those other origins. HIm becoming an Icon is forced an unearned.

Batfleck And His Bitches

So as stated before, BvS made Superman a sadsack, had Batman beat the crap out of him, die.... and now Batman is forming the JL..... PERFECT! As someone who aspires to be a writer, I may not like Batman, but I would never treat him as badly or underwrite the character around Superman to make him better. And if I ever did underwrite a character, I believe in balancing things out in future stories. Had BvS sent Superman out with respect, I would have been fine with Batman forming the JL, but alas it did not. Also as said before, BvS not only focused on Batman too much, but it crammed in a story line that should have been Wonder WOman's. Remember when Zack said that Diana had a huge role in BvS? And remember when that role turned out to be have a few flirty moments with Bruce and be here only to look for a photo? .... A FREAKING PHOTO! There were several fan theories and fake leaks that said Diana was gonna be here cus she had a vision of Darkseid or something, it's made even worse when you realize that in Justice League they set up that the Amazon's have fought Darkseid before but it's still Lex and Bruce that know about him coming, not Diana. *SIGH* I just wanna yell "HEY ZACK! HOW ABOUT YOU KILL TWO BIRDS WITH ONE STONE?! NO?! YOU'RE GONNA HAVE LEX AND BRUCE KNOW?! YOU SURE?! O-OKAY". This just further proves how much they are bending over backwards to give Batman shit to do, even though he's the weakest. Diana should have been here to ask Superman for help to fight Darkseid, but when he dies, Bruce helps Diana find the other members in order to make up for what he did.

Sorry if this just feels like rambling, but I'm finishing this up in 2 in the morning. I just wanna say, I can't get exited for a movie that is bending over backwards to make Batman the star after they ruined BvS with that. I can't even get exited for MoS 2, because they burned through all that amazing set up in BvS by barely using it. Superman will just have a giant hole missing from him that won't be fixed by him smiling and saving a cat from a tree like it would for some people around here. In the end, I can't say I'm not going to see them, but I'm just saying why I'm not hyped one iota for Justice League.