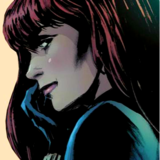 Watch as I turn into God, and She...turns into me. 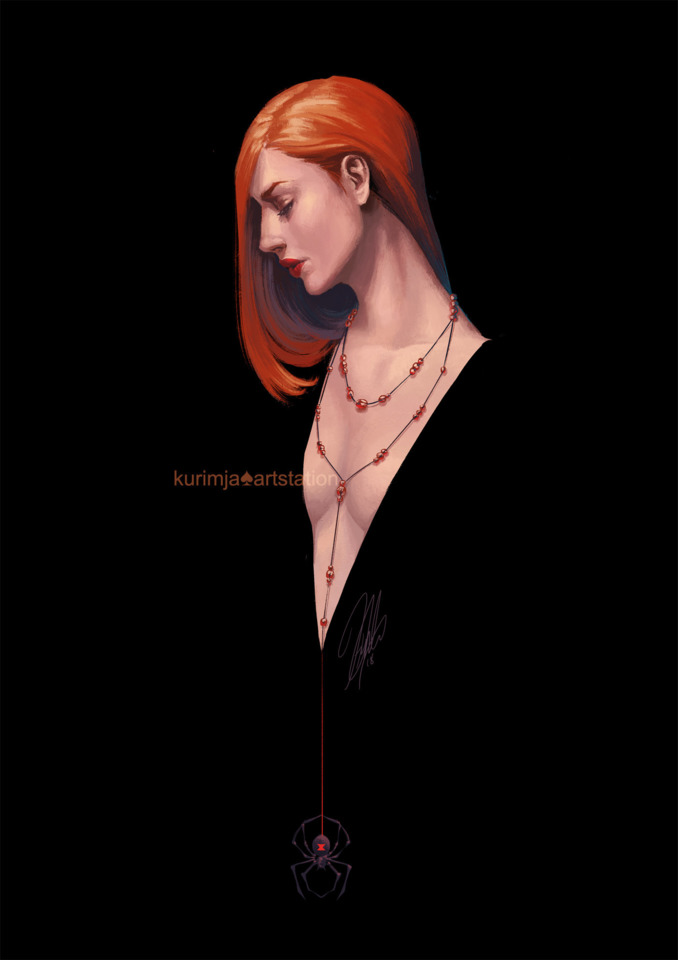 Distinguishing marks: Handcuff bruises on left wrist; A brand burned into flesh over the left breast

An unremarkable birth to one of Madripoor's many escorts, Valentina lived a bastard until her mother died while she was only five years. After about a month, when the kindness of the woman's former employers wore off, Valentina was shipped off to a Hightown resort where it was said her father lived as a career criminal going by the name "Sorabella." She was taken in willingly by the charming snake, a new piece to be used in his many cons and kills—or as a gift to pay off his debts.

He was not a loving man and Valentina suffered much at his hands, but she also learned the tricks of each of his trades. So when Sorabella left on a three-day job and didn't return for two weeks, she didn't mourn. She simply cleared the savings from his hotel room safe and began life anew, by herself, at the age of 14. But Sorabella's savings wouldn't hold out forever, so Valentina continued taking white collar and assassination jobs, improving her crafts with the hope that the international stage would see her talents reach the next level—and to pay for her expensive tastes.

Valentina is not known to possess any metahuman characteristics, physical or otherwise. She has, however, developed a number of gifts throughout her life in Madripoor. In addition to standard martial combat training, she has paid for a private ballet instructor, gymnastics coach, archery, marksmanship and throwing, classical weapons (with much less focus, for practical purposes), and a strength & conditioning coach. Through a strict training regimen and diet afforded by the late Sorabella's lifestyle (and his savings, post-mortem) she has developed considerable strength for a woman of her size and build. However, she excels particularly in matters of agility and speed, functioning at the vert peak of human capability in forms that take advantage of her lithe, athletic frame and seemingly limitless stamina.

A high-level acrobat and gymnast, Valentina combines this with an intimate familiarity in variable environments. The resulting freestyle parkour enables her to traverse even crowded cities and landscapes with ease. There's no shortage of practise in Madripoor's cities or forests, and in Madripoor she is most at ease. Having explored much of the island, she might appear to have the entire country mapped perfectly in her mind: every nook and cranny of the large and smaller cities, ins and outs of various establishments, even many of the forest areas.

Tools of the Trade

Although she didn't acquire his full fortune, her father's stolen money, as well as some implements remaining at the time of his disappearance, has allowed Valentina a fairly healthy start in affording equipment to strike out on her own. Much of the equipment she purchases are parts of guises specific to a particular job. However she owns a number of basic implements that, while not necessarily constant companions, have seen many more uses and thus could be considered more-or-less standard. These include:

Chambered in .338 Lapua Magnum with a medium heavy, 27″ barrel, the TAC-338 functions sufficiently well as both anti-personnel and anti-material rifle. It can penetrate better-than-standard military body armour at ranges up to 1,090 yards and has a maximum effective range of about 1,910 yards under standard use. Valentina's rifle is fully customized for maximum comfort and utility in her own hands, though features variable customizable parts for use under various conditions, including a 10x magnifying scope and suppressor to handle the loud report.

It has been said that in modern combat a pistol is little more than a paperweight; an additional clip is infinitely more valuable than a pistol; to say nothing of two pistols and their additional ammunition. To the contrary, Valentina believes that in the right hands, a pistol or two makes for a charming performance piece in the symphony of execution. She carries two fluted-barrel Deagles, each a crimson red with black accents. Her first pair was destroyed by Grimmwald. A matching replica pair were commissioned and created by Ananke.

A series of electric proximity mines in the shape of disks. Each measures only about 2.5 inches in diameter and is about a half-centimeter thick. Remotely activated, internal logic programming auto-adapts to atmospheric conditions and react to a series of changes including:

Active image capture and re-display technology creates an illusory transparency (or "optical camouflage") of whatever surface they stick to, making them almost completely inconspicuous within the human visible spectrum. To ensure she is not caught in one of her own traps, in the event Valentina venture within 4 meters of an active mine, it sends a signal to a corresponding sensor in her belt, alerting her to the proximity so that she may halt her course or deactivate the mine.

These may also be set to activate immediately, for use in active combat situations, or on a timer. While painful, they are designed to stun or incapacitate and are unlikely to kill unless one has an extreme susceptibility, such as with a heart condition.

-. These were destroyed and replaced by a superior pair.

Her belt now holds additional storage compartments used for containing various chemicals, such as toxins or antidotes, in various cartridges. These are quickly and easily affixed to Valentina's gauntlets for simple dispensing through claws or the minatory symbol on the palm.

Drawing further inspiration from her one-time partner, the Scarlet Shadowrunner has implemented further modifications enabling her to more easily contend with a higher caliber of foe. More specifically, an inbuilt cimponent used to trigger directed localised shockwaves. Much lighter of weight thanks to the lack of a need for an external battery source, qualities inherent in the component materials allow them to double as shock absorbers, removing the need for those as well while protecting Valentina from the hypersonic energy projections of the gauntlets.

Pressure-sensitive triggers enable effortless use when Valentina's knuckles make contact with a target, while secondary triggers allow her to project shockwaves a short distance forward. (Effective range: up to 10 feet before dispersal begins to diminish power.)

These may be operated independently of, or in conjunction with, other functions of the gauntlets.

The Tools of Armageddon

While scavenging the fallen sanctuary of Satar and his Brahma Brotherhood, Black House, Valentina happened upon some of the remaining armaments left behind following the destruction wrought by the heroine Arquitenens. Much of it dilapidated and in need of maintenance, she was nonetheless able to make use of some of it.