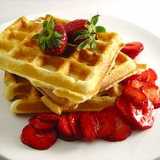 Do you guys think the Imperator storyline is basically the Gorr Storyline from the Thor series except with wizards instead of gods? I mean I guess there would be similar elements due to Jason Aaron working o both of them. Also what other kinds of characters would work well with this type of story were their kind is being hunted by a being that hates them and had killed already many of their kind (other than mutants I guess)

@seekquaze: if I remember right, I'm going by memory here. Ares axe is adamantine (similar to Uru in magic aura, and stronger than adamantium) he has used his axe to cut holes in reality and did so when chasing Nate Grey. So I think his axe is pretty special.

This is a common misconception about Ares along with him having great magical powers or being an ultimate grand martial artist. Adamantine's only special property is it is supposed to be indestructible. To my knowledge it has never been mentioned to have any special properties or allow magic to be used better. That is a trait unique to uru. It is also unknown whether or not it is stronger than adamantium.

As for the ax, Ares has used several over the years and I do not recall it ever being mentioned to be made from adamantine. Some handbooks make mention of Ares or Pluto having access to adamantine weapons, but besides perhaps a very early appearence by Ares he has never used any weapon forge by adamantine. In the image below, Ares is battling Ultron from Migyt Avengers and his axe is shown breaking against Ultron's forcefield. If the ax was adamantine it would not break.

As for your other point, Ares has shown a couple of times to be able to break the laws of physics. Once when he followed the mutant Gateway through one of his teleports when Gateway said it should be impossible. Another the time you mentioned when Nate Grey let Ares when that fight. However, these instances are rare and as a whole Ares has shown poor proficiency of his other powers when compared to his parents, uncles or siblings. His was powerless to prevent Morgan La Fey from turning him to stone from what Doom referred to as a simply transmutation spell that he easily reversed. He was also powerless against Molecule Man whom Sentry defeated. Ares has never demonstrated any magic in battle save two instances I am aware of and both back from the seventies. Once he used an energy blast from his ax against Ikaris. Against Namor he once used his shapeshifting powers. But neither of these would help him much in battle against the Sentry nor allow him to injury the Sentry in a way to prevent him from recovering. So I don't see how Ares can do long-term damage to the Sentry let alone kill him to have his revenge.

technically speaking only the HANDLE broke, which may not be necessarily the same substance

So is Gorr basically just a more violent and brutal version of Desak the God Slayer from earlier comics? Are there any other meaningful differences between the two characters

So then I guess she would be an anti-villain then? as she is written as the protagonist but clearly does "bad" things.

So is Satana a hero or a villain or is she both at the same time? Maybe even an anti-villain almost like a demonic Harley Quinn no one knows about?

can anyone make any recommendations about good comics featuring her?

i think thats karnilla the norn queen (how did she get convinced to fight with thor?)

so how strong is angela exactly? i read in a guidebook she can only lift 50 tons or so... but that makes no sense according to what the comics seem to imply