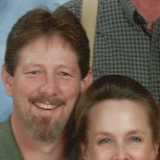 Roland Mann is a writer, editor, and professor. As writer, he is best known for his work on

Cat & Mouse, a comic which ran for nearly two years, garnered critical acclaim and led Roland to other work. Other titles Roland wrote include Rocket Ranger, Miss Fury, Planet of the Apes: Blood of the Apes, Krey, Switchblade and Demon’s Tails.

As editor, Roland is best known for his time as a Malibu/Marvel Comics editor where he edited The Protectors line of comics and many Ultraverse titles. While there, he developed a knack for finding and promoting new and budding creative talent. Roland also served as Editor and Publisher of Silverline, a line of independent comics that included such titles as Switchblade and The Scary Book.

Roland received a Master of Fine Arts in Writing from Spalding University, a Master’s degree in English from the University of North Alabama, and a Bachelor of Science in Creative Writing from the University of Southern Mississippi. In addition to his work in comics, Roland has been a newspaper editor and an advertising flunky, but more recently he has taught English at the university level. He is also a frequent speaker at writing workshops/conferences where many find his sessions encouraging.

Roland’s first novel, Buying Time, was published in 2010 as were his graphic novel adaptations of the classic novels The Adventures of Huckleberry Finn and The Wonderful Wizard of Oz. He also recently wrote a story in the graphic novel anthology Martyrs. Roland currently lives with his wife BJ, daughter Brittany, and son Brett, and is busy working on his next project.