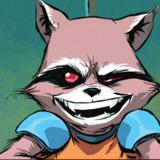 Two days until Christmas! Christmas songs have been playing in malls, groceries and stores for quite a while now and here I present to you three annoyingly overplayed Christmas songs that I swear to god, I hate so much.

1. Britney Spears - My Only Wish

Everyone knows that Britney Spears was never meant to sing but since she had a lot of cash, she sang. This song irritates me to the bone man. Her voice is an overkill to the song. I've heard this song in the grocery for far too many times than I can take. This song should have never existed! Are you with me?

I was never a fan of Jackson 5 nor Michael Jackson nor any singing group. I like the melody and the tune of the song but the only thing I don't really like about this song is Michael's voice. I don't know if it's just me but I can't stand it. Layer that with countless replays in the grocery.... God damn!