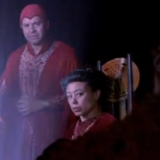 Which of these would be the best comic of these 13 ideas from this list?

But only one about two completely different character on one page?

Does anyone know how to get a chronological Timeline of the Question aka Vic Sage? or something to that effect?

I know "Blue Beetle" (1967) was the first comic with him and that "sometime" later Mysterious Suspense (Return of the Question) came.

I don't know how many stories later or what came after

I enjoyed reading The Mysterious Suspense (Return of the Question) Milleniun edition comic I have at home but any of the Question aka Vic Sage comics given a Timeline would help (mostly older comics as I like to start at the beginning but) new/newer comics are just as much a help for me, to put in order eny of it (like what came after Brave and the Bold Vol 2 #6 for the Question? what came after Question Vol 2 #6?) however I really need the first ones too.

The primary way to distinguish is by putting a word after Cyber.

But this is not always used like with Maxel etc.

Blogs Created:
4 blogs
Most Commented blog:
Which of these would be the best comic of these 13 ideas from this list?
Total Comments on blogs:
8 comments