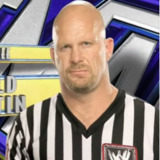 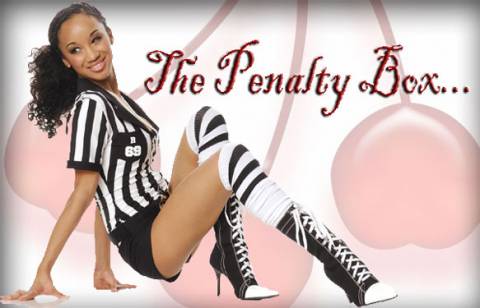 The name is Brett and I was a major Comic Book collector from 1988's till 2006. Unfortunately due to financial problems I had to stop collecting. Still I love the whole genera theme and love to keep in touch with whats new through the Vine. So if I ask a silly question or don't know common knowledge please forgive. It's just me, the Referee!

SUPER BIOPeter was always a good child, liked by everyone, they said he could bring out the goodness in all, At the age of four he was diagnosed with an acute case of paranoid schizophrenia. As he aged the voices in his head continued to get worse. Medicine helped but it was not a cure. His only escape from from his mental nightmare was watching sports with his father.Of course at such a young age he did not understand the games, but instead became fascinated with the Referees. By the time he reached ten the voices became unbearable. Doctors could do nothing. For Peter's own sake he was committed to the Rutherford Hospital for the Mentally Ill. After two years of radical treatment nothing worked. Peter's life and mind was out of his control. He could no longer take the strain, he knew his only way out was take his life. During one of his moments of clarity he grabbed a bottle of pills, hid in a closet and swallowed them all. By chance a janitor found him and immediately called for help. A team of doctors ran to his aid but it was too late. Peter's last memories were those of the doctors trying to save his life as he peacefully went to sleep.

A New LifeThat is when his life would change forever. Peter did not die instead everything around him stopped as if time itself ceased to exist. The Doctors, the nurses, everything stopped moving and for the first time in his life the voices in his head were gone. Instead the voices were outside his head and were as clear to him as his own. The voice addressed itself as The Balance and told him an unbelievable tell of cosmic good and evil, but more to the point that he himself was chosen. Before Peter knew it the voice was gone. Everything began moving again and that is when Peter noticed his body had changed. He now stood as a full grown man. In a state of panic he swung his arm knocking a Doctor clear across the room. He grabbed a trench coat and ran, leaving his past behind. He now understood his future would be different, but at least now he understood

The Balance is not a God-like race but merely a collection of conscious neutral energy. Every time a great force for either good or evil is created, unnatural energy is released in the opposing way . The Balance is where this energy resides. The Balance holds all this conflicting energy and balances it out creating a complete state of neutrality. The Balance does not get involved but merely watches over all. At times The Balance itself gets confused with a sense of good or evil. When this happens that energy must be released. The Balance then chooses a worthy host, one whose aura is attuned with the energy being released. Even then this energy has some resemblance to neutrality. In the case of Peter this energy was good. When the Balance chose Peter, his life was altered towards neutrality which manifested itself in the fascination with referees. Referees did not choose sides but enforced rules. The problem was Peter did not understand this. His human body and mind was so fragile compared to the Balance that when it tried to communicate with him it drove poor Peter insane. Only at the moment of death could his body except the power of the Balance. A power he would use for good but with a connection to whatever neutrality the host connects with. For Peter it was Referees.

PowersThe RefereeThe Referee: The Referee has enhanced strength and speed. His skin, although appears normal, is denser than steel and can withstand most physical attacks. He is adept to most sport related activities such as throwing, running, kicking, and is a accomplished Boxer and Wrestler (his Fair Play). He can create a personal force-field with his left hand (which he referred to as his "Defense"), and fire a deadly blast of energy with his right hand (his "Offense) "). He can use his voice like a sonic scream (his "Whistle"). His eyes are most unique so much to the point he has X-ray and telescopic vision. Finally he has a early warning system so that he can sense an attack before it happens ("Watching the Field") He is impervious to all psychic and sonic attacks.

Peter West: Peter has only one power "Goodness". This is why he was chosen to be the host of good Balance. He can make any non-magical villain to do some form of good ("The Penalty")

Both: Both Peter and The Referee have the ability to stop time ("Time-Outs") to different degrees. Although they can not control it, at times of fear or stress this power is activated. Finally they draw upon the power of the Balance and as long as their body is intact they will slowly heal themselves ("End Game")

WeaknessThe Referee: is completely defenseless against all forms of magic and if separated from the Balance he will immediately return to his actual form of Peter West. He is a expert Boxer but his hand to hand training is limited.

Peter West: Except for his goodness he is mortal. His body is that of a skinny 12 year old boy.

Both: Due to his stay in Rutherford Hospital for the Mentally Ill. Peter's psyche is flawed. He has an natural fear of doctors and a rational case of claustrophobia.

Mental State:Despite his manly appearance Peter is a child. He has no maturity and is nervous around pretty women. He craves a father figure and will latch on to any he finds. Although he is proud to have his new found gifts he is sad to leave a normal life behind. He will always strive to be good for that was the reason he was chosen by The Balance.