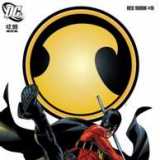 When I heard that there was a comic book based on MMA (Mixed Martial Arts), I started to dance around like a crazed man. Blair Butler, the writer, is definitely after my heart when she decided to combine two of my passions that I love the most. Heart is written so well that after reading this book it will make even the laziest couch potatoes think about joining a gym, even if it is just for a second.Heart is the story of Oren “Rooster” Redmond and his journey through the MMA world. First off I w...

I could not wait for this issue to come out. As I said in my last review, The Strain is one of my favorite books and after reading the first issue quickly became one of my favorite comics. Guillermo Del Torro and Chuck Hogan do an amazing job of combining science and mythology in a retelling of the blood suckers that we all have learned to love. And Lapham and Huddleston have take the pages from Del Torro and Hogan’s book and brought them to life.In this issue, with a solar occultation, or eclip...

All the powers, none of the responsiblities. 1

When I saw that Marvel was going to start writing a Scarlet Spider book, I was intrigued. I do not keep up with Spider-Man that much, other than in the Avenger titles that I pick up, so I know little about the background of Kane. I felt that this would be a good jumping on point for someone how has not read a Spidey book but wants to start.In this first issue we find Kane at the Port of Houston. He plans to head to Mexico after the events of Spider-Island. While in Houston, Kane overhears someon...

The Strain is by far my favorite vampire novel. Guillermo del Toro and Chuck Hogan do an amazing job of re-imagining an old character. As I originally read the novel, I remembered thinking to myself that this story would look amazing on the pages of a comic book. Thankfully, Dark Horse thought the same! David Lapham and Mike Huddleston, along with the novel's authors, make the characters from the pages of The Strain come alive!Issue #1 Overview:We start our journey in Romania in the year 1927 wh...

Nightwing gets some feedback 1

Dick Grayson has to face his past some more with this 3rd issue.Good:I like that Dick is going back to his roots, Haly's Circus. There's a nice flashback sequence in the beginning showing Grayson hanging out with some other carny's, including new love interest Raya. The circus has come together to pay respects to the late Mr. Haly, who was murdered by the assassin Saiko. While there, Raya tell Dick that their old friend Zane works as a booking agent for contract killers, thinking that there may ...