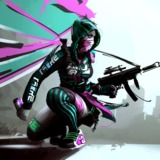 A little too Suburban Mom for me....

You mean I did all that math for nothing? God Dammit.

Reality, you can screw with anything...Like mandarin in IM3

Im not sure how super fast metabolism helps when you get holes blown into you by a 40mm cannon (seriously, they dude was VENTILATED by Ultron), but He'll probably come back from one of the Infinity Gems....

Okay, so first, we have to figure out how big this planet is.

Given the fact they are both able to breath, and that the landscape looks generally earth like, ill assume they are on earth which has a radius of 6371 km measured from the equator, give or take (earth is not a perfect sphere, so there is no exact radial measure).

So, half of this distance is, 3185.5 KM, or roughly the same distance between Calgary and Montreal. Since we cant say where exactly Goku punched Super, im going to assume he punched him in Calgary.

Now, for speed comparison, Super appeared to move back to his position in about 10 seconds. The fastest flying object made by humans is the NASA X-43A Scramjet, which has a top speed of 11 000 km per hour (.035 KPS), or about mach nine. Since Super is moving a little less then half of that distance in about ten seconds, He should be moving around mach 8 or so, 9878.4 KMh per hour.

Which means Goku hit him with less then 1/10th of the power of an 800kg Laser Guided bomb. Either DBZ characters are super lightweight, or super areodynamic.

I currently have an s4. Its pretty sweet, other then the fact it burns through a battery like a 16 year old emo girl on a friday night....but If you can afford it, I've heard either the S6 edge or the Note 4 is top dog.

God that was painful.

Otep is a better rapper, and she is neither a dude....NOR a rapper!!!!