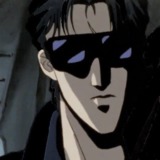 The writing is just horribly, the only thing Bowers and Sims brings to this comic is that they've seen all the episodes but they no respect or understanding of what made the 90s animated series work at all. The show took itself quite seriously, a character was killed off in the first season and the whole thing about being a mutant. This just comes across as a parody, something you would get at Pizza Hut or in a cereal box...

The storylines just keep getting repeated, they drag on, it's boring, it's not going anywhere, there's no character development, they just tell us what we already know and they act like idiots.

This seems to be done just for the sake of nostalgia to appeal to the generation that grew up on the cartoon because if they wait too long, Generation Y and X are going to be too old and bitter to care.

Watch the animated series and not this god awful excuse of a mini comic written by a two douchebag hacks.

No change in the writing and the artwork has gotten worse. Hardly anyone is likable and the title is not selling very well this time... I hope it gets canceled.

Well, my wish came true, due to poor sales, no real commitment to the stories or characters (Jubilee was turned into a vampire... just like in the 616 world because everyone loved that idea), X92 was canceled. This is good news, X-Men The Animated Series deserved better than this, but since Marvel is a different place with no talent douchebag hacks who hate the 90s, this was a bad idea from the start.

Again, it's where is says on the Caption: Delete

Delete the two pictures I uploaded. I meant to put them in the Movie Images, not in the Object Images.

It's the picture that has Delete in the caption.

It's the picture where I put "Delete" in the Caption