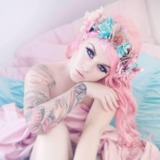 Ugh, someone else go to work for me please. Intensely cba XD

*jumps up and down raising hand* I'll go, I'll go!

D'awww. You're both adorable for offering but don't think the boss would be too keen.

Just ask my head office ;P I'm sure your boss would love me... before I stole his job at least u_u

Ugh, someone else go to work for me please. Intensely cba XD

*jumps up and down raising hand* I'll go, I'll go!

Awesome thread, great way to share knowledge and just great discussion all together <3 <3 <3

@naamah_obyzouth: Were you specifically in Quebec city? Cause honestly the only friendly people here are in Montreal or up North in some of the smaller towns. The people in Quebec city are a special kind of a$$hat ^.^

@rouflex: Why? Canada is largely bilingual as I understand it. The Quebecois/francophones are hardly a persecuted minority in Canada.

I read the article you posted and it seems to me that the Quebecois are still pulling the same crap they were a decade ago. It is counter-intuitive and as your article points out: dysfunctional and discriminatory to keep attempting to be a "french only" zone. Why handicap your own people by not teaching them the "lingua franca" of the time which ironically is English? Why discourage tourism and immigration?

Discourage tourism and immigration? Are we flamming their @$$ with acid? I mean, if they come here they should like our culture which implies that they like French. Evan if they were not, all they need to do is ask for locals help. My sister went to japan recently and did get help from the person she was living with.

Canada threat Québec like it was his mission to learn the second language, but outside of old french territories descandants, can you name me a place that still speak fluently french? The french language is a dying language in Canada and Québec is not a exception. If the nationalists did nothing to change the situation the signs would still be in ENGLISH only (In the province of Québec). Normally, i would not encourage a place to insist so much but if we take the context that Québec is in, it is normal that its population is on the defensive. And lets be honest, its not like english folks were the most hated minority on earth. Québec has more english universities than British Canada has of french universities. If you seriously think you can go anywhere in the west and get served in french you wish. This is without counting the fact that for the majority, they hate us.

Ps:Mandarin will soon be the first language, will you learn it or will your excuse fade?

Actually to be honest, New Brunswick and Newfoundland are both more bilingual and comprehensible than Quebec. I was just there two months ago and it was easier to hold a conversation in french than it has ever been anywhere in Quebec. Ottawa has a bilingual university program, my friend actually graduated from it last year and all civil servants outside of quebec are required to be bilingual. My friend got refused a job in Ontario because she couldn't speak French in a city with like no francophones. Inside quebec however, its pretty hard to find someone who works in public service that speaks english, let alone speaks it fluently. If you drive anywhere in Ontario, signs are bilingual, the same is said of Nfld, NB and iirc BC too. Quebec is the only place that refuses make any accommodations for speakers of another language. In fact, its a downright crime if you speak english half the time. So don't go saying that the French are oppressed in Canada or that French is a dying language. I went to a French Immersion school outside of Quebec and learnt French whereas in Quebec if your parent isn't english you can't go to an english program let alone an immersion program. All that does is set people up to fail. And then they wonder why so many people leave Quebec. My ex bf came back from Romania after getting his doctorate and wanted to settle down in Montreal but the language requirements were way to strict (and he can speak french) so he high tailed it out of here. Quebec needs to be more inclusive in order to flourish or have any growth period. There are too many people stuck in the past. Just look at you calling the rest of Canada British Canada... like for real dude? It was centuries ago bruh, time to move on. This is Canada. No France or British whatever. We are a cultural melting pot of hundreds of ethnicities, where people are meant to feel free to be who they are. These ridiculous lines you are drawing in the sand have no bearing on today's world.

Also, the rest of Canada has a myriad of reasons to hate Quebec: Separatists, large debt (that they want writ off), FLQ, bratty participation in federal politics... if Quebec acted like a team player, maybe they wouldn't have such a bad rap sheet.

Also, Quebec has TWO official languages. Whether you like that or not, English and French share equal importance across all of Canada. Yes, there are pockets where french is not spoken at all and similarly for english, but don't act as though Quebec is the only place you can find French. ffs, French people don't even know how to communicate with quebecois because of how mangled the language is. Our swear words are like 16th century church words for goodness sake.

And when did wikipedia become a basin of knowledge?! *smh*

bruh, you need to like do some serious reading, maybe take a few classes on quebec and federal politics... maybe read a few articles about the current state of affairs the federal and provincial economy is in... and don't even go there about Hydro Quebec... the company that robs its citizens -_-

Quebec is a beautiful place, with beautiful architecture, delicious food, excellent wine... and horrible people. I've been all over the world and these people were easily the worst of the worst. Mean spirited, cold hearted bastards. Prideful and rude to a fault. They feel they are better than everyone else on the entire planet, and don't truly except anyone whom is not a native born from Québec. They don't even like other Canadians not from Québec, or European-French.

but there is a tiny minority like me who are super not mean :o

Also, since when the heck did quebeckers get 'nicest people in the world' description? There is no one on this planet who is sane that would ever say that :/

Weelllll, we do have a fascist in charge who is bent on destroying our charter of freedom and rights and getting right close to doing so. He treats our military like crap however. He's actually fighting some of our veterans in court right now...

La banquise is the best poutine out there though. Seriously, never had better in my life. Apparently they have a vegan one but I'm scared to be disappointed so haven't tried yet. Something from there should seriously be on the list.

And most of those aren't really poutine :/ you need cheese curds to actually be poutine at the very least :/

@lvenger: Yea, for sure. And the wiki is the coolest thing about the site anyhow.

Also this. I miss the quests alot.

I totally miss those. They were so much fun. I remember when I first joined I spent a few hours just doing quests. It was really fun ^.^

I'd probably only give CV a 5.5/6 right now though... nvm the forum downhill slide from sanity, the staff articles aren't even that great anymore...