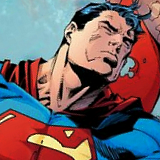 "I don't do what is right. I do what I decide is right" 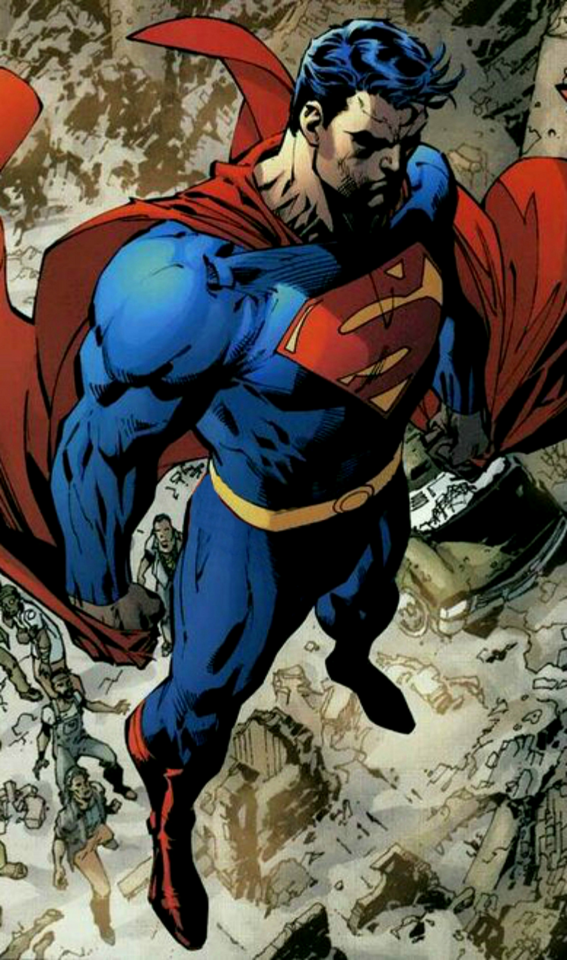 Occupation: , , , Founder of the nGodslayers,

Base of Operations: Isla Olympus

Little is known of Rafael's background. However, it is rumored that he is a mutant born of a unique lineage whose origin tale tells of men and women who claim to be the descendants of the gods of Ancient Iberian faith. And in this line of mutants whose ancestral lineage is told by legend to be divine, there is always born one of extraordinary power. Generations pass and by the decree of fate, one is born in a generation. One whose body is home to decoded genes related to extraordinarily high performance in every area. One whose body's attributes bring them as close to their ancestral lineage as possible. One who is known as the 'Phoenix Prince'. Rafael is his family's Phoenix Prince of the current generation, a mutant whose specific combination of great physical powers are genetically exclusive.

A disciplined and incredibly skilled fighter, Rafael has spent years forging himself into a highly intelligent and dangerous striker whose grappling prowess and superhuman strength are used in a defensive effort, while his speed, explosiveness and a slick combination of Kempo karate and kickboxing are used in an offensive effort. History has seen countless warriors style themselves as out-fighters. Out-fighters by necessity, however. Why? Because out-fighting offers a larger variety of weapons. And because in-fighting is difficult, because grappling and wrestling are difficult, because pivoting, and tight and concise footwork against relentless pressure is difficult. And to avoid all of this, many warriors often stay at a longer range on the outside. Because it's safe and economical. The opponent has to close the distance to strike or grapple, and in doing so they open themselves up to counters. Because when the opponent tries to enter the pocket, they're fully visible.

It's far too difficult to conceal one's movement from a distance. A skilled out-fighter can judge an opponent's intentions and adjust well before the opponent can threaten them. Through this, an out-fighter can control the initiative by controlling the distance. But at some point however, the opponent will close the distance. They always will. Even for someone as quick as Rafael who perceives time far ahead of his foes, there will always be someone whose time perception is just as fast. The gap is never permanent, which is why Rafael is not an out-fighter out of necessity. He can grapple. He can wrestle. He can pivot and fight in the pocket. Well. Very well. The Neo Achilles is not an out-fighter by necessity, but by choice. By design. A cerebral striker who fully understands the two fundamental truths of long distance fighting; that nothing lasts forever and that it's always better to be first, Rafael manages distance better than almost anyone. Always wielding the initiative, the Neo Achilles is never happy with having to wait. So while he'll give his foes the chance to commit mistakes, he recognizes that the longer he allows an opponent to plan and calculate at long range, the more comfortable they become there.

So in order to force his foes into mistakes, Rafael seizes the initiative as frequently as possible. He never allows his opponents to get comfortable and often advances and claims the center of the battlefield, forcing them to react to him and his feints, tricking them into thinking they've timed him etc. rather than the other way around. And he often doubles down on this approach by immediately following up with a combination of strikes the instance the opponent is flustered, a combination that may come in many forms e.g. a sidekick to the midsection followed by a shin whipped to the head. Anything to keep his opponents from settling into a rhythm, and anything to keep them reactive and vulnerable to a life-ending strike between the eyes.

An Omega level mutant, Rafael is, simply put, built for power. Extreme power. Even by the standards of the modern superhuman. Behind his extraordinary physical attributes are primarily his decoded genes related to extremely high performance in all of his bodily systems (physical and mental). Supplementing this however, is Rafael's unique cellular biology, which is more energy efficient and durable than ordinary human tissue. The depth of his biology's cellular strength and hardiness is what enables his cells to operate at levels of efficiency that human cells would be annihilated at. It is for this reason that his bodily systems operate far beyond the limits of the human body and even those of many metahumans. Whereas three quarters of the human body is water and all of the atoms in it come from the Earth because the human body replaces every cell every seven years, Rafael's is different. His cellular structure is highly complicated, not unlike a tight weave of atoms in his cells that grant him much greater density than the ordinary human body.

Furthermore, his enhanced cellular ability is supplemented by his cellular structure's ability to store and charge itself with heat energy. The density of his cells enables them to act like collectors for heat energy that they can later use. This remarkable cellular structure coupled with his decoded genes for extraordinarily high performance in all of his bodily systems is what grants the Neo Achilles the strength, durability, explosiveness, speed, agility, stamina etc. that falls into the hyper-herculean ends of metahuman power e.g. the strength to shatter mountains, the speed to accelerate to 99.9% the speed of light, endless stamina, bullet-warding durability, a fast-acting healing factor, and immune system that wards off known toxins and diseases. Additionally, the Neo Achilles can temporarily augment his own physical attributes to unknown levels by over-charging his cells with heat energy. While it grants him a considerable boost in strength and explosiveness (as well as radiating enormous amounts of heat), it rapidly drains his stamina and prolonged/forced use of this ability reduces his lifespan by overheating his own body.

In addition to his natural will-power and great mental fortitude, Rafael's mind has been exposed to increased doses of immense psionic energy from the presence of his wife, Valerie, affording him great resistance to telepathy. This is owed to his body's super-adaptive genetic component. Furthermore, Rafael's powerful genes appear to drastically slow his aging past his prime. The Neo Achilles' genes also render his eyesight, sense of hearing etc. are far superior to those of the ordinary human. He is for example, capable of seeing in complete darkness because his genes are so finely tuned that when in complete darkness, his eyes rely on the cosmic microwave background radiation left over from the Big Bang instead of light radiation.

First and foremost, Rafael is fast. Extremely fast. His body has decoded genes for high performance in every area. And this high performance extends to his speed. Rafael's body can exert the force necessary to move ridiculously fast, and because of his durability, his body can withstand forces of such magnitude. Additionally, his brain can process external stimuli just as quickly as he can move. Rafael like any object moving through the air at some velocity, experiences a drag force because of air resistance. This drag force increases dramatically with velocity. In order to move/run faster, the Speedster King's body exerts an exponentially increasing force to the ground. Because he moves so fast, Rafael's durability accounts for the friction and scorching heat that this high velocity movement produces. Furthermore, his speed makes possible a number of effects. But none more useful to the Speedster King than time perception because light requires several steps in the human eye and brain before it can actually be seen.

When one, for example, stares at a computer screen, photons hit the back of the eyes and touch off complex chemical signals that are translated into electrical signals sent along neurons to the back of the brain which are then translated into what people 'see'. For most individuals however, this process is not instant. And because Rafael's time perception is many orders of magnitude beyond that of others, he witnesses portions of life that are missed by many. Most individuals with superhuman time perception see what life was milliseconds ago, which while insignificant to some, is all the time in the world to a speedster of Rafael's caliber. Furthermore, whereas the general human population perceives life in sixty frames per second, Rafael is at the pinnacle of time perception. His ability to move and accelerate to near-superluminal velocities, translate into the ability to process information just as fast as he can move, which brings him closer to reality than the majority of the world. This enables him to accomplish a myriad of feats like picking out any frame in a video by simply watching it, or seeing the individual flap of a hummingbird's wings. The upper limits of his speed appear to be a conventional 99.9% the speed of light. Because he lives and moves at these outrageous speeds, in microseconds, even those who are seconds slower than Rafael appear to be months slower in comparison.

A blue battlesuit featuring red highlights, red boots and a long red cape that starts from the shoulders and stops just shy of Rafael's ankles, the H.S. Suit is the Great One's primary battle attire. Stylized by a large 'S' in an upside triangle on his chest, the battlesuit is his only apparel that can withstand the immense forces he is routinely exposed to during high speed movement and battle. It's fabric is forged from a highly durable regenerative nano-material.

The 'S' on the battlesuit's chest stands for the 'Superior' of the Homo Superior name for the mutant species that Rafael represents. Furthermore, the H.S. Suit features a microcircuit that emits unique resonant energy frequencies. It filters non-EM energies (magical energies, psychic energies etc.) flowing into his body, minimizing the dangers posed by magic and psychic energies by emitting neutralizing and balancing frequencies.