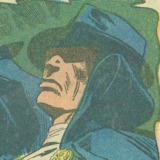 Love the intro for tonight's episode of Big Bang Theory. It was hilarious!

So, having been jobless for months now, I've had much more time to write so I've decided to jump into it. As of now, this will be the first of three recent blogs I'm posting, even though it should be the third. The reading order should be Kickstarter Conundrum, The Writing Game Part 1, and then The Writing Game Part 2. It's my crazy head so don't ask questions. :-) I may edit this later and add a link to Part 1.

Naturally, I've been working on comic scripts and have recently expanded my resources to include screenwriting aids. Unfortunately, the library here has nothing on the one in Pittsburgh that I'm used to so that was depressing, but moving on. One of the first books I started reading is called Screenwriting From The Soul which I found immediately engaging and am enjoying thus far. There was another very short introductory book for youths (Screenwriting a practical guide to pursuing the art) which I got through pretty quickly given its target audience, but it was kind of neat and did what it was supposed to.

One of the few things that I've finally managed to learn is to never narrow your focus too much on one topic because you'll miss out on a number of potentially very helpful information. As I begin a new stretch of this journey I wonder what'll happen. For those of you who are interested (i.e. nobody :-) ) a list of the books I grabbed from the library follows.

Recommendations and reviews are always welcome.

Blogs Created:
11 blogs
Most Commented blog:
Dealing with significant others who aren't into comics
Total Comments on blogs:
66 comments