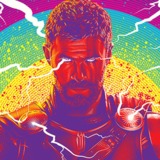 Never cruel or cowardly. Never give up, never give in.

- To be continuously updated -

The main function of a vortex manipulator is to transport the user through time and space. The exact range of a vortex manipulator is uncertain. One model has allowed the Time Keeper to travel nearly 200,000 years into the future (although in this instance, said manipulator burned out after doing so). It can transport multiple people if necessary, so long as they had some sort of physical contact with it (or the person wearing it). Manipulators can be seen as an extremely precise form of time travel when properly used - although painful, as it is a crude form of teleportation. Multiple time jumps in a row can cause adverse effect to it's user. Transporting three people appears to result in severe discomfort for the users, possibly slightly overloading the manipulator's capabilities. Originally Vortex Manipulators stem from the 53rd Century (Earth Timeline).

In addition to transportation, vortex manipulators have several other functions. These included:

The wrist-strap is DNA coded to it's owner, but can be reset. They are constructed from an unidentified, but extremely durable metal. Easily able to survive the detonation of a bomb which would obliterate the one wearing it, albeit at the cost of the leather wrist-strap housing the vortex manipulator itself.