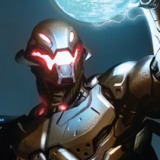 "Don't think you can barter with me like I'm one of those damned shopkeepers." 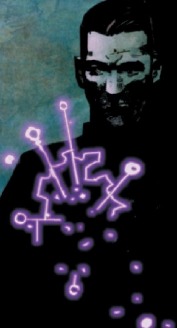 Designed to be useful or practical rather than attractive.

I am not your friend, nor am I your dictator.

The Man Of Focus

Brutus Dagaal-Ares is a man of stature and moral code. Growing up with a silver spoon in his mouth, he was raised in good wealth and given strict disipline and education. Unlike those that were raised with him that would spit towards the less fortunate, he grew up with an ambition in mind. To make a better world for all. True equality of mind.

At the young age of 13 he graduated the National University of Advanced Technology and began to apply his knowledge towards national security against those who used their powers for their own greed. Such Metas had a different mindset and it angered him. Believing that they became primitive, being subjugated by the supernatural advantages that they were given. They were unholy and evolutionary degenerates who used their gifts for such basic ideas.

These "Supervillian" Metas were giving powers beyond their control corrupting them in greed and self-righteousness. However he still believes that there is still good inside, he just needed to rehabilitate them first, with loving care and attention, or by force. Which lead him to the creation of the Sepulcher Facility.

The Man Of Want

Despite his good intentions. Brutus will do anything to get what he wants. Even if that intent causes him to do harm to another person, he will do it. No Regrets. No Mercy. He's a violent, angry and brutal man behind the scenes. Creating inventions that punish and abuse those who he has legally contained under his fist.

His purpose drove him to become this way. Filling him with diabolical thoughts and rage whenever he tries to rid of all the filthy primitive "supervillains" that sticks underneath the sole of his shoe. Bruising and demanding his way into the power he has now. He vows he'll contain all those who cease the process of human kind. Then leave them to rot.

Forgot to finish his bio.

Instead of being made of Scandium, the claytronics that manifest his suit is made out of the divine metal, Vibranium. Resistant and nullifying kinetic vibrations and telepathy.

Can release untraceable control gas from his suit

Most used tool is the levitation rays that are the upgraded designed of the Levitation Security Defense Cameras. Using manifested magnetic constructs to shield and contain from long distances. These constructs can handle the kinetic force of 20 tons.

Strength/energy can be increased with the activation of the Power Siphon Gauge, (same design as Shot) able to absorb kinetic and thermal energy that contacts his armor. Once absorbed he can produce the same amount of energy at his will. Capacity is nuclear.

The Voice Of A Machine

His slight mechanized timbre resonates pass the ocean of black metal and latched into the attention of the listeners. It was the eerie frame that produced a scantly inhuman and injured voice, coming from the empty crevasse of his chest. Something that mortal men could never tolerate without was missing. No heart beat, no hint of life. The heart was replaced, taken away by the fear of those who couldn't comprehend his monumental quiddity, forcing him to sacrifice his very flesh for the lives of others.

Keeping his intentions in protecting his people no matter what it had to take, Sacrificing more of his humanity, the inventor took the inhumane path and turned the nuclear blood that spilled from his victims, into a haunting level of shielding for himself. An eye for an eye, taking the blood and powers from the one who took his heart and reinforced and concentrated the mutants nuclear power into an inorganic core the remains as his heart. Resonating a nearly indestructible shield and infinite resource of energy.