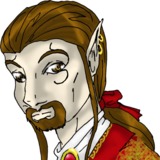 Back from Limbo or am I

This is just temporary to peek in.

you  disappointed me but you have in tell oct 21st and dec 21st to empress me.

I find it stupid and a waste of time.

ohh no they did not-TW

Retailing | Boston comic store Comicopia has launched a blog to update Twilight fans on the franchise’s moves into comics, and to recommend other titles (such as Vampire Knight). [ Twilight@Comicopia]

this is a step father away from the book....

It short film by Andy Newman, Mike Allen, and David Magida
it a nice film about an outsider finding his ture Identity in life.
enjoye.
http://www.youtube.com/watch?v=d4_b5HJNrFo

many candidates for this spot.
so far here a so so list of  candidates

not matter with matching or not. some in the group is gonna reble and redo the matching uniform.
ex:


the new mutants.
Start the Conversation

Blogs Created:
23 blogs
Most Commented blog:
What do you think of the Comic Vine redesign?
Total Comments on blogs:
3 comments