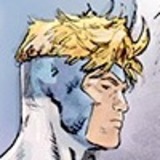 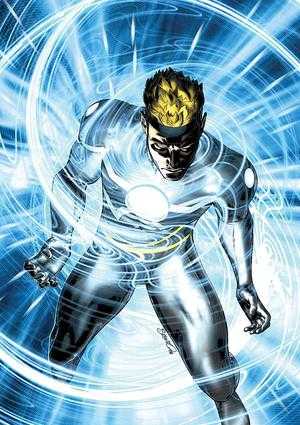 Blog: The House of Q

Alexandra and her twin brother Scorn were conceived using the genetic material of the mutants Jacque and Angelique Quentin at a special, secret branch of a corporation called YOUgenics. With the aid of Jacque's half-brother, a lich named Gregory Rėza, created a unique strain of vampirism that bequeathed a kind of progressive immortality linked to the continual consumption of blood. When combined with the mutant genetics, another trait manifested, the ability to temporarily borrow and adapt to abilities held within a victim's blood. The company, who specialized in genetic alteration, gave Jacque, also known as Q, the opportunity to choose the kind of child he wanted. He wanted a boy, and his wife wanted blonde hair and blue eyes. The scientists examined the DNA for composition and flaws and made a genetic copy of the female embryo changing the last chromosome to male. After the genetics were cultivated within a synthetic womb and an experimental strain of vampirism was injected into the baby in utero, Jean Pierre Quentin was 'born' and given to his parents. The twins, including his genetic host remained in the YOUgenics experimental programme.

In college he met Alexandra Steele. She helped him refine his powers, and the three became close friends. It wasn't until a few years later that Q informed them that Jean was really one of the surviving ALEX projects who had been adopted by Q, and that Alexandra and her brother, Scorn were Q's biological children. The three were only some of the genetic experiments that had taken place, Evelyn Queen (Queen Cobra) also being one of the escaped projects.

During his teenage and early adult years, he embraced his vampirism, the fresh blood made him equally powerful as his genetic host Xandra. But after feeding upon one mutant woman, he was moved emotionally and reformed his life. The drive towards blood and violence persists but it fought back by trained self-control at the expense of his mental health. Jean suffers from Obsessive-Compulsive Disorder. He is excessively moral and rigid, but he does his best to be kind to others. Because of the violent nature of his condition he desperately tries to avoid bloodshed.

Jean Pierre Quentin goes by John and possesses telekinesis and the ability to psy-jump mind and body into another living person. Jean focused his telekinetic power to a very minute level giving him intricate control of his power, even to the point where he can create semi-visible constructs with his mind. After her time in the Third Society, Xandra helped her clone unlock his telepathic potential granting him the ability to read and control minds, cast illusions, project himself astrally, etc. The vampiric virus he was infected with grant him superhuman regeneration able to regrow whole body parts in minutes as well as the ability to siphon powers temporarily from the blood of a person if he drinks it. The powers can be recalled with another taste of the blood. He has an IQ of 145, an MD with a specialization in microsurgery, and speaks English and French.

His preferred attire is a white suit with a cerulean blue tie.