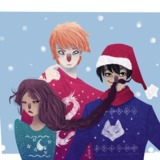 This is truly the golden age of comic book media where it's not uncommon to see people walk around with a shirt, book bag, or other various items with superhero imagery plastered all over it, comic book movies easily reach over a billion dollars in the box office, and even D-listers like the Guardians of the Galaxy are becoming(or became) house-hold names. I'm sure you know that anything that becomes insanely popular spreads across all mediums, and this is true of comic book properties as we witness a growing surge of movies, tv shows, and even video game adaptions. Out of these three genres comic book properties have always had the most trouble trying to gain a foothold in the video game industry. While not being close to as bad as video game movies, there has always been few superhero video games, and even a fewer number of those are actually any good. Now to get even more specific there have been next to none true superhero RPG games. Now before I say anything else I want you to know that I have heard or played games like DCUO, Saints Row IV, Infamous, City of Heroes, etc, but none of those games really count as a true single player RPG.

The MMORPGs are fine enough, but I am sure many of you would agree that a MMO does not scratch the same itch as a single player RPG in terms of combat/gameplay, characters, story, or even graphics. Not to say any of them are bad or worse than RPGs, but they really do feel like two totally different experiences. The Infamous series while decent are really just action games with people with superpowers as their main theme. Also being stuck with a character non-customizable character also does not give you the chance to make the character your own in how they act, fight, and interact with others the way traditional RPGs allow you to. I have not played Saints Row IV, yet from what I could see I do not think it is either "superhero" enough or enough of a RPG to really count. In addition there may be other games I have not mentioned due to ignorance or them being really similar to the previously mentioned games, so just tell me if there is a game out there that fits as a good superhero RPG.

Now you may be asking me or thinking to yourself: "what's the big deal? Do we really need a superhero RPG when we have such great games like the Arkham series, Spiderman 2, that Wolverine game, Injustice, Xmen legends, MUA, Hulk Ultimate Destruction, MvC,.....ummm..". I agree that these and several more left unmentioned are all good games that could be considered classics by themselves, but if you notice anything you would see a real strange occurrence. Most if not all of the good superhero games are either just Marvel or DC games based solely on their more popular characters, and all of them are either strictly action games or fighting games. While one could argue that superheroes are well suited to both video game genres and that Marvel and DC making up a huge percentage of the superhero industry means they will obviously take up most of the media adaptions, I cannot help but feel that this is really limiting. Where would we be today if LoTR and the Chronicles of Narnia were the only two fanasty games out there? Or if Star Wars and Star Trek were the only two Sci-fi games ever. Most of the best video games of either genre were franchises conceived as video game series(see: Elder Scrolls, Fallout, Halo, Mass Effect, Warhammer, WoW, the Witcher, etc). I feel that superheroes or in a more general sense modern superpower stories(need to think of a better name) could very much complete the triumvirate of the past-Fantasy, present-Superheroes, and future-Sci-fi.

By taking a chance we could see so much more universes and stories to enjoy of this genre that could all help inspire new innovative games with new gameplay unique to the superhero genre. Just the chance to move either through acrobatics, super-speed, or flight is a choice I have never encountered in any other type of game, and being able to fashion later gameplay based off this choice sounds like an exciting opportunity to me. Having the chance to either enter a high-security tower though the helicopter landing via flight, zooming past the defenses via superspeed, or avoiding detection to reach your destination via acrobatics invites a lot of creativity for how to design a level. If that is not enough for you how about messing with the vast array of powers that are common to any superhero universe. Magic? High-end alien technology? Random psionic abilities or genetic engineering? Everything fantastical under the sun could be found in a superhero universe. By making a RPG game in such a universe you can give the player the chance to play as a cosmic god, a power-suited mercenary, a fledgling mystic warrior, or many more combinations of possible powers/abilities available to this genre. Just imagine one day having to demolish an alien armada with energy beams that blot out the sun and then the next day taking out your magical sword to cleave through a demonic army! If executed correctly the possibilities are truly endless and exciting! I would even be cool with a good turn-based game

The very fact that there have been multiple mildy successful MMORPGs and good quality RPGs out should tell anyone that a Superhero RPG can work. We only have to look at the past and future games to see

Despite the title there are single player RPGs that I hear were pretty good or look promising. Two superhero RPGs that are both good and actual RPGs are the Superhero League of Hoboken, and Freedom Force. Both are older with the first having first came out in 1994 and the second having came out in 2002 with a sequel being released in 2005. While both are fairly good games, only two of them not even in the same decade anymore is a massively low number compared to the dozens of RPGs of other genres that release every year. None of them were exactly in-depth RPGs either on the scale of the Witcher or Skyrim, but who's to blame when they are over a decade old? Over the Summer I may try these games out, but only having two old games in what could be an expansive genre is not an ideal situation. The more superhero RPGs get released the better chances we could have a break out hit like Baludr's Gate or Fallout to really push the genre to popularity.

Another game that even I forgot before writing this is an xbox exclusive called:

This little gem was released back in 2004 or 2005 if you live in NA, and while not being a giant commercial juggernaut, it did receive a cult following a lot of unpopular of Japanese games end up having. While you cannot create your own character in this game or the Superhero League of Hoboken, there were multiple different powers you could choose between in a weird card collecting system. Later in E3 of 2014, Microsoft announced a remake of the game was underway, but Darkside Studios, the people making the game, closed shop after Microsoft cancelled the remake. A remaster is still being released later this year apparently through Microsoft Studios.

Unfortunately prospects do not look good as there are not many superhero MMORPGs that make it right now and this is even less so for superhero RPGs. I could talk about South Park: Fractured But Whole, but honestly that is not much of a Superhero game. Like the show itself it'll wear some of the aesthics of what it is parodying and use the style well, but obviously it cannot be called a serious Superhero RPG game on the scale and tone of either the Elder Scroll or Witcher series. This may be a good RPG and do a great job parodying the superhero genre, but like all parodies it cannot replace the original.

The only other superhero RPG that may come out eventually I can find with a customizable MC is the Awakened project. Despite being put on hold the game studio due to lack of funding has always expressed interest in going back to this as soon as they can find an opportune time to do so. I hope they are able to find a time to try again as I am sure if they released a demo(especially to game journalism sites) they could recieve a lot of funding from Kickstarter this time since everyone who has seen the game trailers have responded positively to it. I also think this game is the closest we got to a modern superhero RPG with a fully customizable character, different movement types, and a crazy amount of abilities like teleportation, telekinesis, various elemental abilities, mind control, invisibility, and more to choose from. While not taking full advantage of the genre this game certainly looked to be in the right direction to spearhead a push for more ambitious RPG games surrounding people with superpowers.

I probably missed some really obscure indie game, but after scouring the web for a bit I'm confident I got majority of the most relevant games involving this topic. Although there are plently of RPGs games involving magic, alien technology, or other amazing fictional ideas, I remained dismayed at no modern game studio having taken up the chance to fully take up the challenge of bringing a comic book world to life the same way various fantasy or sci-fi worlds have been created and fleshed out through video games. As an aspiring game developer I hope to someday be able to satisfy this empty void of possibility. An AAA superhero RPG game could very well surpass any other RPG on the market in terms of world, characters, stunning visuals with the many possible powers, and diversity of different options that a player could have in the game, but nothing will get done if a developer does not get the idea to make such a game or if the demand is not high enough. Maybe everyone just wants to play as their favorite hero or villain instead of creating their own character to experience some epic adventures with? It is easily arguable that the greatest draw of superhero comics is their iconic characters. Whether the superhero RPGs on level with other tentpole RPGs are in demand or will ever be in demand is something we will have to sit back and see as time continues on.

If there's a game that fits what I've hoped for, please tell me, and this is my first blog, so go easy on me!