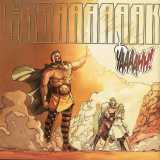 NOW were playing with fire!

Faster with The Rock

Has anybody seen it? Is it worth going to see? Just asking

Happy Thanksgiving to all those who celebrate this holiday

Best wishes and have a wonderful Holiday!

Stargate Universe - Do the fans a favor and kill this show!

This topic actually deserves a video commentary, but needless to say after tonight's episode even a SUPER hardcore fan like me has had enough of this show and it's HORRENDOUS stories!!
Needless to say please do us all a favor and kill this show already before it completely ruins the  Stargate franchise!!

DC Universe online- Buy it or not?

I've been reading up on DCUO and I'm leaning toward buying it and playing it, even if it is $15 a month to play. I just think I want to give it a try and at least make 1 character like Captain Marvel (the big red cheese one). Anyone else have any thoughts, opinions etc?

The Walking Dead on AMC

Ok I'm hooked big time on the Walking Dead on AMC, this is allot like what happened when I started watching Spartacus. Season one is almost over and I'm already bummed that I'll have to wait for season 2.....

Stargate Universe on its way OUT...

The early rumor is that now that the second season has finished filming and the numbers have rather consistently dropped week in week out, this show is seeing it's final days on the air. It might also signal the current end to the Stargate shows on weekly TV for the time being.

I went to see this flick last night and....

In the end- unless you are utterly bored with nothing to do and would rather spend your money on a movie instead of a comic then wait for this movie to land on tv where you can see it for free!

The A-Team movie and tweeners!?

Last night the wife and I decided to go see the A-Team movie since it was bargain night at the theater. I was actually pleasantly surprised at how fun the A-Team movie was. I know it hasn't made a ton of money since it's release but compared to The Losers it was a world of difference in the good direction. It had a pretty decent amount of summer popcorn fun, action, laughs,explosions and GUNS! I'd have to give it a 4/5. So if your looking for a matinee that is actually worth it give the A-Team a try it has to be better than plan B---- going to the movies the night Twilight comes out and EVERY teenage girl within 100 miles is at the theater and squealing like a dying animal!