look at that picture and tell me he shouldn't have a video game.

@Joygirl: Yeah, but it might be hard to aim while your drenched in mustard.

We will assume, for this match-up, that the weapon must charge up before it can shoot, and the higher the setting the longer the charge up time.

It takes time for the true intestinal damage to go down, in the beginning of the fight, if CK puts on pressure, BD won't be able to charge up his weapon for long enough to take him out in one shot. CK is in trouble, but if he plays his cards right he could win. Like Mr.X said, this could turn into a extended gunfight.

however, CK is pretty dumb, so him making the right moves probably won't happen.

I would post and say Strong Guy wins, but I think you guys have summed that up by now.

I'd say Poison Ivy. Her plant control is so complete that she takes it. Especially the preparation, Hydro Man is a moron he would waste the time, but Poison Ivy would use that time to come up with a way to beat him.

First glance I'd say marvel, but I don't know. Marvel seems to have the heavy hitters, and I'm not sure if Kitty and Rogue could hold their weight (no offense)

jeez it took me forever to find two characters like these!

Battle of the Buffoons: V2

Here's our fighters for today...

In the bare chest and the multicolored shades, we have Bowel Disruptor! This weapon is the so called most effective non-lethal weapon ever created, and if you know what bowel means, you probably have a hint.... This gun forcibly makes you poop. Yes, he pulls the trigger and you sh!t out all your Chinese take-out in your jeans. If this wasn't awesome enough, it even has different settings.

Jesus! This man's foe is in for a stinky surprise! The wielder of this epic armament is Spider Jerusalem who isn't exactly a sissy. He is pretty tough, knows unarmed combat and is even pretty smart. We will assume, for this match-up, that the weapon must charge up before it can shoot, and the higher the setting the longer the charge up time. He is skilled in other weapons but the Rectal Destroyer will be the only one he gets for this match-up. Speaking of match-ups, bring on out...

In the patchwork black spandex, we have Condiment King. This diabolical villain chooses to carry out his evil plans with a torrent of ketchup, mustard and relish. He is also known for his dumb puns. He wields a large condiment spewing gun that has four settings, as seen in the picture. He is skilled with this weapon, and it shoots at about, let's say, 60 mph. He does know unarmed combat, but he isn't quite as good as Spider Jerusalem, and if it comes to blows, he's in for it. He does have a degree of stamina and stealth, so he isn't just a chap with a tasty gun. (that sounded bad) He isn't the smartest knife in the cupboard, so he doesn't know when he's about to get his butt handed to him.

"The big bad Bat-guy. I knew you'd ketchup to me sooner or later. How I relished this meeting. You, the dynamic dark knight versus me, the conceptual Condiment King! Come Batman. Let's see if you can cut the mustard." 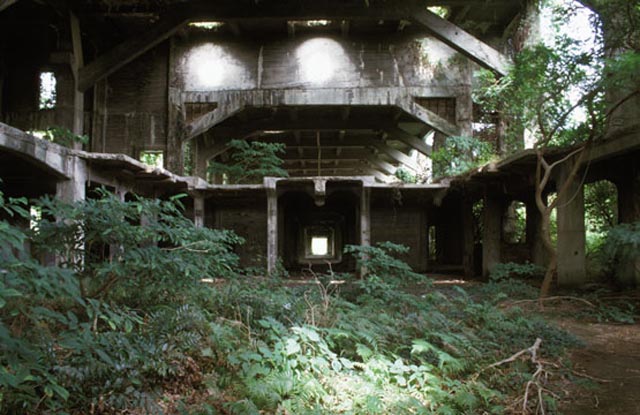 This is a derelict, overgrown factory of some sort. The contestants will start at each side of the picture shown, and go from there.

OK, before these dudes let er rip, lets do a recap.