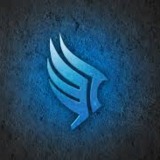 Landry may have some issues getting through or around the plate armor as he lacks experience fighting against plate. But he's an experienced and skilled enough knight that I don't think he will have to think about it for long. Far as I can tell he spanks Cole skill wise. Really don't see why he shouldn't take a solid win almost every time.

@kaijuking: Fine by me, I just think the walking carpets would give the Rambo fan club a good run

@kaijuking: Those are outliers yes. Ciaphas Caine who is time and again listed as a fantastic exceptional swordsman by human standards, doesn't even manage to tag a Space Marine in sparring once the Marine gets serious. Inquisitor Eisenhorn, who is also a powerful psyker capable of swatting bullets out of the air is horribly outmatched and useless against a member of the Emperor's Children Legion. The guardsmen that manage to kill Astartes are freak instances or incredibly lucky and would 9 times out of 10 die.

On Khashyyyk, almost everything wants to kill you too, Wookiees can survive just fine in the Shadowlands, they just prefer not to deal with the hassle if they can avoid it in the treetops of the wroshyr trees. Their warriors retreated into the Shadowlands and used them as a base of operations when resisting the Empire due to how extremely deadly it was to everything but them and watched as Imperial columns and assaults had to fight the jungle itself to survive. I think your massively downplaying just how terrifying the Shadowlands are. And no, the frogs aren't nuclear level of destruction lol.

@kaijuking: Catachans and regular Imperial Guard don't beat Chaos Marines in close combat, not even close. When the Guard kill traitor astartes it typically involves numbers and lots of heavy weapons. I would like to see the quotes of the battle in question that your referencing please. Sly Marbo is about as close to normal Catachan as a Primarch is to a Space Marine Scout, he's so above and beyond his countrymen practically deify him, he's not normal.

The Wookiee warriors aren't untrained lol. Wookiees train and hunt in the Shadowlands of Khashyyyk, both against massive apex predators and against other Wookiee tribes. Wookiees display excellent skill in various martial arts like wrestling and swordsmanship, fighting other wookiees as well as various invaders like slavers, imperials, megacorporation security forces and on and on. Wookiees also have physical strength that's far beyond human, even exceptional humans don't to things like rip people's arms off or rip apart machines like paper. Wookiees also live far longer than humans and accrue more experience, a Wookiee living to be 500 isn't uncommon, Tarrful has been a general and war leader for several human lifetimes at this point, and was the commander of Wookiee defense of Khashyyyk during the Clone Wars to use just one example.

@kaijuking: I don't recall normal Catachan fighters doing some of those things. And I'd say a wookiee could take a nob, at least exceptional wookiees can, and normal Catachans don't go around bullying Nobs. Or Nid Warriors for that matter. I'm going to have to ask for a quote or scan of that, because that I'd love to see.

@shroudofsorrow: the guard are excellent tough as nails human soldiers. But I wouldn't call them OP personally, they're one of the facets of 40k that fall into a slightly less ridiculous range of killyness. Catachan are a different breed though, a cut above.

@shroudofsorrow: Hmmm. Clone Wars Wookiees it is then I suppose.

@shroudofsorrow: in your opinion, what would the difference between these two groups of wookiees be?