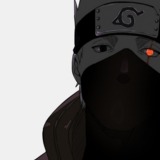 My name is Ozymandias, King of Kings, Look on my Works, ye Mighty, and despair!

Urban Manipulation: Adam can manipulate surfaces of the city into almost tidal waves of force. Can easily effect surfaces durability to turn solid brick into mud or even phase through solid objects within the city. Street lights, power grids, traffic patterns are all weapons to Adam

Teleportation: Adam can teleport only from a city to a city and remerges only through a door

City Scape: Can interface and network within any city limits using his presence as a "skeleton key" making his presence non-existent to tech but if only granted by the other city's spirit - which is usually granted

Urban Empowerment: Within city limits, Adam's powers - strength, speed, durability are enhanced to top peak human. He has the ability to fly and do immense feats of jumping

Information download: By stepping foot on any city, Adam or Grimm can speak whatever language was or is spoken on city grounds or printed information - some more passive than others

Transformation: By a means in which it appears that Adam rips apart his skin, he can transform into Grimm

Adam is usually laid-back, optimistic, and humble. He displays a comical side under the most dire of situations, adding a bit of levity to the battle. He will show a deceptively cunning and serious side when the situation warrants it. He will use idle conversation quite often in battle.

Adam was the son of Cassius Grimm, the designer and architect of Grimm City. At a young age, Adam went wandering into the woods and went missing. Never found by his family, he appeared in the City Scape where he met Grimm. Since time and gravity operates differently in the City Scape, Adam quickly succumbed to its exotic environment. It was then Grimm merged with the son of his creator.

Adam's power diminish the longer he is away from city limits.

Relatives: Every city spirit on planet

Grimm is quite dynamic as it ranges from smug and cocky to brutal and impulsive who displays little respect for authority and says whatever is on his minds, regardless of whether or not it is appropriate. Willing to fight, kill and die for whatever he believes in, Grimm is recognized as a dangerous threat even to those that shun him. He does abide to some form of a code of honor in battle, as he usually will stop a battle if his opponent is too injured to fight back.

Grimm is a city spirit who was born when Cassius Grimm started developing Grimm City. As a young spirit he felt a calling in the wilds of the city scape in which he discovered a young Adam Grimm wandering into Cityscape. The two bonded metaphysically to help young Adam survive the rigors of City Scape.

When Grimm City morphed into Valor City, Grimm experienced something called the Purge, a painful experience which left Grimm with a skeletal appearance on his face.

Shunned as a purged spirit, Adam became the dominate persona in city scape as he mingled socially with other city spirits.

Powers: Grimm is the compressed personification of all of Adam's powers. Where Adam can manipulate the abilities of the city, Grimm shows the power

In devine armor mode his he body is encased in armor, claws on hands and feet, along with a tail which he can use as a weapon

He has a sizeable hole located in his abdomen

Grimm also carries a sword which he calls Adam

Grimm's armor mode can only last three minutes, whether in a city or not.

The damage that Grimm sustains is filtered into the city that he is in. Since armor mode is a merger of two city spirits, damage will be transferred to the city for that time span.

Grimm cannot use urban manipulation powers outside city limits. He can within city limits, but prefers not to