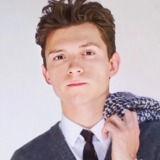 Base of Operations: N/A

Affiliation: His family, himself

Occupation: Student of Hogwarts School of Witchcraft and Wizardry (Hufflepuff)

Being the Hufflepuff that he is, Oliver is almost always kind and polite when engaging others, ready to greet people with a smile and be as welcoming as he can. Ever the altruist, he is willing to set aside his own gain for the benefit of another, putting others before himself, even when an inconvenience. Especially those less fortunate than he, something that he gets sincere joy out of. But ultimately, it’s his strict moral principle of fairness that governs his actions and allows him to make objective and just judgments, even in the case of his enemies. Following right wherever it lies, even when it means making decisions that his friends and allies would consider controversial. And even with his compassionate heart that is so willing to forgive other’s minor transgressions, the Fangborn serves untainted fairness above all else. All for the benefit of the common good. Though it should be kept in mind that even with his proclivities of following his just order, his traits of basic kindness and loyalty and still withstanding.

Though simple in design and appearance, the wand held by Oliver Fangborn is not one to be overlooked and so quickly dismissed as average or unremarkable. But instead, nothing short of unique and wondrous. The build of wand is that of Cypress Wood, 13”, it’s core being Phoenix Feather, and having a slight springy flexibility to it. Cypress wands are famous for their noble nature, with those who carry them having the typical traits of being bold and self-sacrificing. Having a long documented history of giving themselves to death in favour of an concept they deem greater than their own lives, and possessing the courage and awareness to confront the evil that lies within themselves, as well as others. And in most cases, finding love and companionship among those of similar traits and values. The Phoenix core however is known to be extremely picky and prone to take initiative on its own with the sentience that it maintains, making it most difficult to master, personalize, and obtain trust from. As a result, often making it a trying feat for its user to manage it, and at times even impeding their progression of their magical ability. But while often the most difficult core to master, the phoenix has always been associated with its grand affinity to rise from the ashes, and the core’s unmatched versatility for the magical arts.

With this core combined with Cypress wood, the wand demands that its user work at their absolute potential, expecting only the height of the willingness and fortitude that the individual has to offer. It’s own fickle nature compelling them to unlock profound selflessness and readiness to make the ultimate sacrifice, a trying task and a true test of a character. But if achieved, it will be far more than simply worth the while of the individual who wins its favour. With the bold, self-sacrificing and noble nature of the Cypress wood merged with phenomenally versatile power of a Phoenix Feather core, the wand when used correctly will prove to be an immeasurably useful tool, or devastatingly effective weapon against nearly any conflict that the individual who owns it faces. But only to one who proves themselves fit to wield its power. And only to one who has demonstrated their ability to overcome the very nature of death itself, and face the demons of others, along those who lay within. As per the nature of a phoenix. Furthermore, the wand’s slender 13 inches of length implies a well rounded and greatly nuanced individual, with its minor flexibility suggesting some adaptability and willingness to change to behaviour. In Oliver’s case, likely to develop the confidence and courage that he does not currently posses.