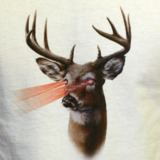 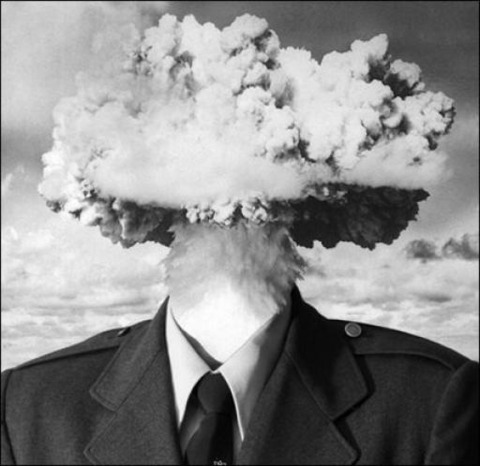 Jeremy Bauer is a ghost born of flame, held corporeal by the starlight sweat of Steven Hawking, the diamond loogies of Dale Earnhardt Jr., and an 8×10 photograph of Biz Markie. His shadow was recently arrested after holding Dunkin’ Donuts executives hostage for 73 hours, when its demands of adding turducken to every fritter, cruller, and Dunkaccino were finally met. After realizing its addiction to gold spray paint shot in its face, the shadow phased through its jail cell to rejoin its nuclear soul, leaving on the cell walls the glowing message, “DO NOT FEAR HIM. WITHIN HIS BREATH, JEREMY BAUER HOLDS THE KEY TO THE CELLAR DOOR OF YOUR HEART.”

When Jeremy Bauer awoke, he found his fists were tarantulas, but mostly that the wallpaper had turned to moths and ghosts. Mama was a coal miner, Daddy was a fog machine, and only once, over waffles and Lethal Weapon, had the twain met in the back of a cherry ’79 Chevy TIME with leather seats that went all the way back. When Jeremy Bauer awoke, all glass returned to rivers, all light to the pools of his heart, and the tarantulas spun this continuum of darkness before you. In the words of Bob Dylan, “Let’s fuck this boy up.”

Things were hard at the horse farm/nuclear power plant, for Jeremy Bauer. His mother eventually had five arms, not out of mutation from all substandard conditions, but out of necessity. His father fused with three horses, and though he held the glory of being the first tricentaur in existence, he was in a great deal of pain all 107 years of his black-maned life. The cloud of Jeremy Bauer worked to help support his melting family and eventually made it to Ball State University, where he studied creative writing. The family smiles often.