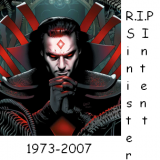 Zane woke up one day, soon realizing he knew nothing about himself; he knew not his name, his whereabouts, or anything like the such. He went through some of his personal belongings only to learn that his name is Zane Alan Xavier III, and that he has incredible abilities.

Much later, Zane discovered his origin from using his own psychometry on himself. He discovered that he was born on Mars of the Solar System of the dimension 548. He was banished from his dimension for unknown crimes against his people, and wound up here. Attempting to atone for his unknown past mistakes, he took up the guise of Enigma and helped Freak found the Octagon Heroes.