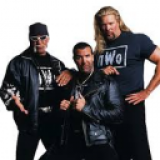 Depiction of this incarnation of Rion from Galerians: Ash

This will include his game & movie feats.

With Scan, he can read the memories of people

As well as Scan objects or machines for information

Red: He uses TK to make a person spontaniously combust.

D-Felon: An anti-gravity psychokinetic ability which he can control a person like a ragdoll and just drop them on his head.

A drug that is abundant within Rion’s body. Endows Rion with the psychic

abilities of telepathy (communication with the mind) and Shield.

Yellow in colour, Bustanor is a new drug created by the scientists working for

Dr. Lilia. It enables Rion to throw out a number of projectile shockwaves that

will home-in on the nearest enemy. Concentration time is very brief for

Purple in colour, Breakaron is a new drug created by the scientists working

for Dr. Lilia. It enables Rion to discharge the static trapped in the air,

creating lightning all around him. Very powerful but the ingredients used to

Short Circuit: Due to heavy stress, his TK goes out of control creating a field that insta-kills people in his range.

Skip: When injected, Rion's power amplifies and doubles in power.

In Galerians: Ash, Galerians like Rion have high resistence to radiation. Ash himself produces 6,258 Rads worth of radiation, which is supposed to be 10x more to kill a human.

Proven by the fact that Rion can stand in a room full of Uranium casually and not suffer the effects of radiation poisoning.

He dealt with Nitro's mindfuckery

There's also the many times that Rion can become data, but many of those times were done through transport means.

However when he forced his mind into data, he killed himself at the expense of having the final battle with Ash in the digital realm.

During the battle with Birdman, Rion's TK was enough to send him flying and wreck the mansion.

His battle with Cain, Rion was able to obliterate him with TK.

During the confrontation with Dorothy in the final chapter, Rion destroys Dorothy, as well as making a gigantic hole in the dome of the Mushroom Tower.

In base, he was durable to tank a laser shot to the arm and seems to have high pain tolerance even though he suffers internal damage due to heavy TK attacks he recieves.

Not to mention resistence to radiation and toxins since being injected with PPEC's normally kills a person.

His TK barrier allowed him to tank laser barrages before it overwhelmed him.

He uses the barrier to soften blows so he was able to deal with Dr. Lem's punches.

He reacts to lasers and defended against them, as well as reacted to Dr. Lem's speed. Possibly his reactions are amped due to pre-cog since he's shown instances to reacting to danger before hand.

His psychic powers however allows foresight so he sees past,present,& future events.

Telepathy & mind reading since he can see a person's memories. It also works on objects and machines so he can access info.

He also seems adept to use his TK intricately like his confrontation with Dr. Lem where he holds off his hand and picks apart his fingers and have him let go of the Beeject even though he just recieved his power for more than 10 minutes or so.