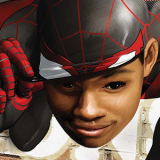 @timelordscience: An extremely ignorant perspective. Did he really just use education, diplomatic skills, and kingship as a reason for why rap doesn't align with him? Does he not realize the our president of the United States listens to rap? And has relationships to Kendrick Lamar and other rap artists?

@cattlebattle: lol that's the silliest thing I've ever heard. How is he a racist? Because he talks about racism?

I think people saying that it won't happen because Fox would never sell need to realize that its not a black and white thing. Sony didn't sell Spiderman, but they still agreed on a collaboration that allowed marvel to have priority control on the creative direction of the character, while still keeping a huge portion of the profits.I can easily see fox doing the same if they continue to prove that they struggle in this aspect.

And to make it easier, they already have an example (Sony with Spiderman) that can serve to show how collaboration with marvel could be a good thing for them. So its not like they're going down uncharted waters.

Why do white people like to play the race card so much?

Sure it's a medium, but a medium that has a core theme that categorizes it as a CBM. Something that Nolan consistently shied away from. Zemo is definitely one of the better villains we've seen. With or without the baron, his character no doubt matches up. And much better than the henchman bane. Overall, it's pretty pointless to argue when we clearly see things from different points of view. I just don't consider the Nolan trilogy a true comic book movie, and I don't think Nolan even values comic books or comic book movies. Nothing will change from this debate. So we can agree to disagree.

Zemo matches up to what? certainly not his comic counterpart with whom he bears no resemblance at all whatsoever not even in name(not fully). , give someone a picture of Zemo from Civil War and at best they'll say "Daniel Bruhl" and even that is being generous, the most likely response will be "the bad guy from Civil War" and that's now, a year later he'll be a nobody. Bane on the other hand immediately pops out, show someone a picture and they'll immediately recognize him as such, heck play an audio of his voice even. It's intellectual dishonesty to diss on Nolan for not caring about comics and then gush over CW Zemo.

Either way you have no evidence to prove that Nolan didn't care for comics, his movies certainly acknowledged more from the history of Batman's story than Cap movies(Russos' dont seem to care for anything other than what came out in the last decade). Also Nolan had Goyer and his brother who DO care about comics aiding him so he covered that pitfall.

You give anybody a British accent and a gas mask and they'll stand out. But regardless, TDKR really doesn't come close to Civil War so that comparison is irrelevant.

And intellectual dishonesty? Lol you need to relax. Its not that serious.

Avengers vs Xmen, here we come...

I really would prefer House of M rather than AvX. It's just a better story IMO.

@capfan85 said: @tsol: Thanks for tagging me

To me, it was clear that Black Panther was having trouble with Bucky when he did not have his suit. Now, I know there will be some people uneducated in comics who say "he was a beast" etc. T'Challa lost to Bucky without his suit, this is a fact of these people do not even know anything about T'Challa and simply overstate his stats and misinterpret clearly obvious things because he is African, thats right I said it. People favor their own race even in comics and movies, there is nothing wrong with it, I'm Polish and love to cheer for Polish athletes. However, it becomes a problem when cheering for someone of your own race, heritage or nationality blinds you from reality.

The reality is such that in the comics Black Panther has special shock absorbing boots that let him run faster and fall from great heights... thus could be why he was so fast in the foot chase.

T'Challa lost to Bucky without his suit, this is a fact, plus Bucky was imprisoned and had to force his way out of a steel cage using brute force and fight his way through multiple agents, Black Widow, Sharon Carter and Tony Stark...he wasn't exactly fresh like T Challa and he still was too much for T'Challa.

There is a reason why he put on the suit, because he fet he needed it to kill Bucky and was otherwise out-classed or would be harder.

It is my feeling that when Bucky hears those words something triggers him into an uncontollable rage similar to Wolverines Berserker Rage...I think when he is forcefully activated as the "Winter Soldier" he is much stronger and dangerous just like Wolverines berserker rage. While he is "Bucky" he is still a good fighter, but his stats are not on the same level. Maybe those words fully activate his adrenal glands causing a surge of super soldier serum and super charged adrenaline to circuate through his system. I would not be surprised if scientists programmed his brain to turn on his adrenal gands some how to launch him into a rage on command.

I really like Black Panther and he is one of my top 5 favorite heros both in comics and in the MCU. I really liked the eding where T'Challa saw his mistakes, and then brought Bucky back to Wakanda... that was a realy nice gesture. I am actually looking forward to seeing Black Panther now more then any other MCU movie besides Infinity War.

First of all, not everything is about race. People need to stop pulling the race card on every little thing.

But yes he was having trouble with bucky without his suit. That much I agree with. But he definitely still bested him in the fight. Bucky got a total of two hits on T'Challa in that fight, the one two punch that knocked him down. While BP hit him with multiple kicks, got him in an arm lock, and kicked him so hard that he flew over a balcony, which ended that fight. There is no way that bucky won that fight, when the concluding move was him getting knocked over the balcony and running away. Now WS was able to soak some of those punches (only because he doesn't feel pain in that state), but he hardly touched BP and still felt the effects of BPs stronger attacks.

And yeah, he definitely reaches another level when he's mind controlled. He really didn't stand a chance when they were fighting on the rooftop, but he was holding his own in the government base.

I do find it funny how he consistently was picking on Bucky the entire movie. Watching the trailer I consistently laughed at how many scenes there were of him getting thrown into things by Black Panther. Anyway I love them both, glad they're good friends now.

Initially, FOX had plans to merge their F4 and XMen franchises. Well with F4 being one of the worst superhero films in recent memory, they at least can rely in the X-Men films right? Wrong. X-Men Apocalypse currently sits at a 45% tomatometer and dropping. This must be really disappointing for fox as they wanted to build for the future with the young generation X-Men. I think they're still going to push forward with their next movie, but they're on a life line. I also think marvel sees this and will reach out to pay a hefty amount for the X-Men back, or will reach out to work out a collaboration deal in which they essentially own creative control, a la Sony with Spiderman. If fox flops on their next film, I think it's highly probable that they at least answer Marvel's call.

And if the call goes well, what's the perfect way to bring the X-Men into the MCU? Well I know what comes to my mind, and after watching Civil War, it's seeming more and more like a possibility. Yes you guessed it, House of Magneto

If there's one thing Marvel hammered home this movie, is the extent of Wanda's power. There were few occasions where my jaw dropped at what she was able to do ( like how she destroyed vision who could be considered the strongest character in the entire MCU). By the end of the movie she clearly seems to be one of the strongest characters, and she also showed signs of becoming unhinged ( ex. angrily telling Hawkeye that he was pulling punches). And this is all without her mind controlling powers being shown to full effect, and still at a very young age. I think they're going to double down on this, on her being dangerous and out of control. The premise is already set up for her to do some crazy uber level magic that could combine the universe, all that is left is a creative explanation.

I could see her locked up in the raft super villain prison for a while due to being a danger to humanity. As she's locked in her cell after years of being there, raggedy hair and ripped clothing , crying and asking herself what she is. And somehow, in her distress, she is able to summon her father Magneto. Magneto explains to her what she is, and how humanity's inferiority will always make them lock up and attempt to exterminate mutants (delivering a soliloquy on humanity in classic Magneto fashion). Realizing her power, he tells her that she could change everything for Mutants, that she could put them in power with the blink of an eye. Finally convincing her, her tears cease, her eyes glows red, and the screen fades to white. A new world is created.

I think this also serves as the PERFECT way to center the story on the most popular X-Men characters. The first people to wake up and realize the hex is in effect was (correct me if I'm wrong) Wolverine. Then doesn't he reach out to Emma, Scott, beast, and rogue for help? It could be a perfect introduction for MCU fans to these characters. Also, it would have to center on Magneto and his children as they're in power. Which would also be amazing to see. Not to mention that the Avengers are heavily involved in the story as well.

I'm just having a little fun, but what do you all think? Do you think Wanda's unhinged, uber powerful nature currently set up in Civil War could lead to House of M after the Infinity War arc? Share your thoughts below!

This is really dumb. Just let people be who they are. Meaning, don't force a certain sexuality over another. I don't know why it's so difficult.

Sure it's a medium, but a medium that has a core theme that categorizes it as a CBM. Something that Nolan consistently shied away from. Zemo is definitely one of the better villains we've seen. With or without the baron, his character no doubt matches up. And much better than the henchman bane. Overall, it's pretty pointless to argue when we clearly see things from different points of view. I just don't consider the Nolan trilogy a true comic book movie, and I don't think Nolan even values comic books or comic book movies. Nothing will change from this debate. So we can agree to disagree.