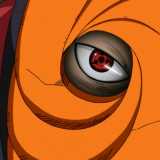 @butterflykyss: Don't you worry. That day is coming. Meanwhile, you're right. We should get back to and enjoy the thread that makes a mockery of your biased and fanboy driven beliefs xD

Chile I'm not going back through this debate with you about Storm vs Ironman. You lost that many moons ago and that would derail your thread that was intended on trolling fans of the character anyway.

LMFAO I lost? The only reason I haven't responded to you yet is because I have been WAY too busy with school. Once summer break hits, I'll respond to your terrible points and "logic". All you really did was repeat yourself over and over anyway. I just don't have hours to throw away to read and debunk that garbage, for now.

when has storm fought Flash? That's news to me. And no Storm doesn't win against these characters

How does she not win against these characters? They haven't shown, in canon, the ability to have their synapses in their brain attacked and her powers will work faster than they can think since all thoughts are the same speed.

she sure as heck has enough power to take on ironman:

I was going to wait until summer to respond to your brain dead remarks about that scan, but I might as well get to it now.

Not only does the lightning do ABSOLUTELY NOTHING to his armor, but he wasn't even focusing on her there. He was going after Cyclops and ignoring her lightning. I find it hilarious how you essentially count that as a win for Storm. If you actually read the story, or the next page, you would know that her lightning literally doesn't do anything to him.

She has enough power to take on Iron Man, huh? How will that happen when she can't even take on War Machine? The Iron Man ripoff that's been confirmed to be weaker than Iron Man?

Considering the fact that you don't actually read comic books, allow me to remind you that that was the second time she hit him with lightning and it literally did nothing to him.

Don't even make me post more scans of Iron Man no-selling Storm's lightning. Don't embarrass yourself more than you already have.

Looks legit scans, context and factual evidence and now people are angry because of the thought that storm can match hulk where that has been consistently shown to be true

Ummm... No. That's not why this thread was made at all.

Storm is confirmed to attack the synapses of any character faster than any meta human's conscious thought (even Flash) and no one in this thread has shown Odin, Dante, Galactus, or even Bane himself can counter that (since nothing in canon has shown so). This thread was made to praise our holy Goddess Storm and prove that it isn't fanboyism when people claim she can beat classic Doctor Strange or TOAA, it's factual.

Wouldn't be surprised if you actually and seriously believed that.

You betcha!!! Not only that! People will try to counter how fast Odin is. What they don't know is her powers work faster than a conscious though. But who's conscious thought? Unless were doing some hardcore lowballing here, then we must assume they're talking about the Flash's thoughts. So there you go, Storms powers operate faster than the Flash can think.

I am thinking about start a new church...Move over Chew! I am starting the Cult of the Weather Goddess!

Yeah we really shouldn't lowball. Everything that Storm has done is backed up by canon, so you really should start the Cult. Count me in.

@noone301994: you can add in PR molecule man, AND deathseed sentry and storm still wins. None of them can survive having their synapses fried

That's true. I don't have any scans that show them resisting that, so they would all lose...