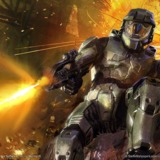 Sidious wins but it isn’t easy. Kenobi was considered one of their best. Top 3 assuredly with Yoda and mace above himself. It takes a while but sidious wins.

@buildhare@punyaamrit@professorrespect@naronu@ultraphoenix sorry for the late reply here and also the formatting. Again no idea why my spoilerblocks wouldn't work.

Sentry and H'el, the stronger Supermen

Death Seed Sentry is a permanently bloodlusted Sentry, as despite his increasingly erratic personality because of the death seed and life seed combination destroying his original personality he keeps his powers in tip top shape, unlike original Sentry. I will be using Regular Sentry scans as well as DSS(Death Seed Sentry) scans as DSS is just a much stronger version of Sentry.

As well as the common attributes of Supermen rip-offs Sentry also enjoys a larger powerset. Here are the most relevant ones I think he will need for this battle as well as the big kicker feats to prove my points.

Sentry has contested Molecule man on two separate occasions with his Molecule manipulation though I won't be using this power except for Sentry to rebuild himself if he needs to. I can't imagine it will be relevant in this matchup. Though you may prove me wrong.

Sentry Reforms Himself From Nothing

His Massive speed advantage(That's the Hope)

1. Wolverine Hears Sentry Coming From Hundreds of Miles Away

2. Sentry Grabs Thor and Moves Him Faster than he has ever moved. Really Fast.

3. Takes Thor With Him To A Planet In a Different Solar System In Seconds

1. Sentry Overpowers The Herald Of Galactus, Terrax, Casually.(4th and 5th panels are relevant)

2. Sentry Takes A Massive Hit From Thor And Gets Up Like Nothing Happened And 2shots Thor(7th and 8th panels)

Sentry Walks Through Dooms Forcefields, Useful In Case You Have Any Barriers

H'el was born on the planet Krypton as a clone hybrid of multiple Kryptonians although H'el believes himself to be a purebred Kryptonian. He landed on Earth 27 years after Superman and then basically proceeded to mess stuff up.

Now H'el, like Sentry, has many different powers, here are the few I think I'll need.

Many of these scans are from the same fights so I'll put them all under the same category.

3. Blitzes Superman Into Next Week

5. Superman Is Clearly Nothing To Him

6. Flies From Metropolis To The Mid Atlantic Faster Than Superman Or Supergirl Could Even Notice He Was Gone

H'el can use his telekinesis as molecule manipulation.

2. H'el throws Supermand And Wonder Woman With His TK While Ripping The Kryptonian Armour Off Superboy

3. Forcefully Restrains Superman, Wonder Woman And Superboy All At Once

4. His Telepathy Is Strong Enough To Overwhelm Superman's Defenses And Make Him Scream Out In Pain

As far as information I hope I've given you what you needed to know. As far as your team it is impressive for sure but I do think this will come down to Sentry and H'el against Plutonian and the Doctor. I don't think the rest of your team even stands as distractions to my powerhouses. Saying Door to use a portal is far too slow for my team to not instantly blitz them as they are for all intents and purposes bloodlusted(Due to their unique and slightly chaotic personalities. I think I proved that both of my speedy boys can one-shot your doctor and I don't think he can come back from complete mush, at least not from what you've shown me.

My guys will be going for the head just like this

Sentry Rips Off Morgan Le Faye's (She taught Doom Magic) Head, A Sorceress On The Same Level As The Doctor

Can't wait for the next post. Sorry I had to use links my spoiler blocks just wouldn't work for whatever reason. I could not for the life of me remember how to do them properly and after many attempts I just resorted to links. Its been a long time since I did a battle.

Team 2 based on all of them being roughly Surfer level and only 3 people on team 1 being surfer level.

Technically speaking Lotr can win. Because the only one stated to be a god is Eru. The valar and maiar are considered angels. But if you consider them deities it goes like this:

1. Elder scrolls(a good amount of the non god entities have better feats than the upper tier warhammer characters, Nagash or the Slaan for example)

3. Lotr, Feanor and Fingolfin should scale above WoW characters that aren’t gods. Ancalagon the black as well.

4. Wow, while the lich king and Deathwing are powerful they are a bit out of their weight class here(Deathwing being just a weaker Ancalagon.