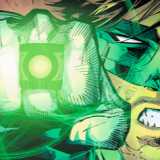 I was wondering what to read after Final Crisis. Specifically how the Bat family reacts to Bruce's death.

Specifically the comic with the events below

"After the events of Final Crisis, the Batman Family is in shambles with the apparent death of Bruce Wayne. Both Superman and Wonder Woman come to the Batcave to bring Dick Grayson and Tim Drake the cape and cowl Bruce was wearing during his apparent death. Alfred eventually joins to bring both Superman and Wonder Woman their favorite drinks. Feeling bad that he is still working at such an emotional time, Superman asks Alfred if he is alright. With a pause, Alfred states "Am I alright? No, sir. I am not. My son has died." Later, Alfred and Dick have a tearful and emotional conversation about not being ready for what they both knew would eventually happen. Despite Alfred's saddened state, he tells Dick that they must not have a funeral for Batman, if the world was to know that Batman had died, it would destroy the legacy that Bruce spent so much of his life creating, Batman must live. Instead of a funeral, the body that was recovered by Superman after Final Crisis was buried in an unmarked grave next to Thomas and Martha Wayne, with only Bruce's closest friends and allies knowing the location."

Yaaay! I am beyond excited for this movie. I'm not too crazy about the new armor, though. There's too much gold. Mark lll from the first Iron Man was my favorite suit. The Mandarin looks good, I like his costume design (from what I can see)

I love the stories where Batman and Superman team up, and I was wondering what some really good ones are. I'm already reading the Batman/Superman series.

yea. Best part in public enemies was when Supes goes "you just killed my best friend" and punches Luthor