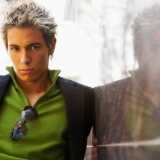 #1  Edited By Nightboy
Walks in. Hey everyone.
11 years ago

#2  Edited By Nightboy
@Warsman: Or on the other hand, I have to got to sleep, busy day tomorrow. So, I´ll have mine up sometime tomorrow ^_^
Having fun RPGing with you, right now.
11 years ago

LMFAO I loved your post. Will have mine up shortly.
11 years ago

Joshua looked at Warsman and shook his head. "No sorry, I do not have any biscuits." He smiled and patted on Warsman´s shoulder. "Hey! Were in France, there must be some shops of biscuits or bakery in this country..." Then Joshua looked around and realized where he was and rolled his eyes. "Never mind."

"Warsman reporting for duty! Do you have the biscuits?" man I laughed.... but great post will have mine up this evening.
11 years ago

#7  Edited By Nightboy
Launches himself onto the couch.
11 years ago

Are you willing to go neutral or hero? "

Alright  all i ask if for you to remain loyal to this team, we are brother(and sis) that look out for each other before anything "

Are you willing to go neutral or hero? "