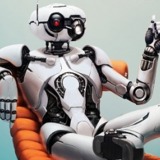 This needs to be revisited

I see that Comic Vine is still plagued with rabid Metal Gear fanboys.

1) No one claimed that Batman has supersonic reaction time which is what it would actually take to "really" bullets. Clearly Batman telegraphed the trajectory of the gunfire and put his arm up to block. Telegraphing while not as impressive as "really" dodging bullets is still very very impressive nonetheless. Human Raiden is not in this debate, so trying to scale Snake's speed off of a feat that Human Raiden performed is going to help your case unless you can show Snake performing a comparable feat. Beating an Human Raiden doesn't necessitate that Snake is faster than him. Batman has tagged and defeated characters faster than both Human Raiden and Snake like Deathstroke in close quarters combat, but that doesn't mean that he is faster than Deathstroke who has enhanced physical stats. This just means that Batman has an advantage like his superior martial arts prowess and intelligence that allows him to compensate for Deathstroke's enhanced physical stats. The same can be said for Snake who doesn't have speed or reaction time feats anywhere close to deflecting bullets with a katana.

2) No one is claiming that Batman is supersonic, and he doesn't need to be to beat Snake either. John Wick has never disappeared in front of someone looking directly at him with a gun trained on him from a few feet away in a open hallway, and I like to see the equivalent from CW Deathstroke since I am not really familiar with the Green Arrow television series.

3) Evidence that Calendar Man missed? Rocket Launchers can propel munitions out around 294 meters per second, and Calendar Man was wield two of them at the same time. The point is that Batman had no trouble dodging a barrage from Calendar at close range and disappearing in front of him while basically at point-blank range. Where is Snake comparable feat because anyone can just sit around and downplay feats?

4) You didn't post anything remotely impressive for Snake speed-wise!

Being able to run and push someone out of the way of turret fire from Mech is essentially a standard action hero troupe that can be found any piece of fiction ranging from movies, television shows, video games, books, comic books, and more where munitions and technology are involved.

Ocelot did not shoot lightning out of the air. The fact that you think he did is proof of your rabid Metal Gear fanboyism since metal can conduct electricity and there is not a shred of evidence to support the claim that Volgin's synthetic electrical discharges can move a fraction of a fraction of the speed of lightning that occurs during a lightning storm.

Batman has no problem punching through missile proof glass so I don't see why he wouldn't be able to hurt Volgin and Quiet either.

@eredin12: You realize that Batman has causally deflected bullets from a sub-machine at point blank with his wrist, disappeared in front of a police officer who was staring directly at him with his gun trained on him from a couple of feet away, and very casually dodged multiple missiles from Calendar Man who was wielding a missile launcher in both hands at close quarter and then in the middle of dodging this barrage of missiles Batman was able to disappear from his line of sight and take him out from behind. Batman has several speed and reaction feats that vastly supersede a lot of the feats you mentioned.

This has already been extensively debated before.

@nick_hero22: Obito intentionally lost in an effort to let Kakashi stab him in the chest to remove a seal Madara placed.

From what I recall him intentionally losing isn't apparent in that fight. All we know is that Obito was able to use one of Kakashi's attacks to break the seal in his chest.

Madara isn't a good example since Gaara didn't fight him individually and Madara admitted to hold back greatly against the Kages.

Gaara wins easily lol... Gaara was already stronger than him in Shippuden and what good is Kamui when your opponent already knows about it.

Based on what evidence?

Based on fighting a much stronger opponent, Kakashi's best fight was against Obito when the latter wasn't going all out and that was essentially a Taijutsu exclusive fight.

What proof do you have that Obito wasn't going all out? And who are these stronger opponents that Gaara has faced?

Gaara wins easily lol... Gaara was already stronger than him in Shippuden and what good is Kamui when your opponent already knows about it.

Based on what evidence?