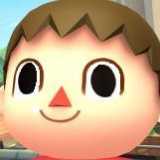 Come out to play

Kyd is a genius inventor specializing in robotics, micro-electronics and high-energy physics. He utilized toy-themed weapons including flying action figures that explode, fully armed miniature tanks and toy soldiers, jack-in-the-boxes that function as lifts, and dolls with poisonous nails.

Hiding behind an unchanging doll's mask, Kyd Kruger, a.k.a. Babydoll, is one of the deadliest assassins in the world. Charging a million dollars a hit, Babydoll employs an arsenal of innocent-looking but deadly toys to take out his victims. Acid-squirting water guns, radio-controlled grenade cars and Derringer-toting Jack-in-the Boxes have all been used by this sicko at one time or another to eliminate his prey.

He is an odd-looking 12-year-old boy named who is a powerful warrior from the Gepetto school of combatives, a style that mixes ninjutsu and karate.