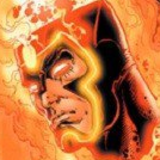 Your host with the most! 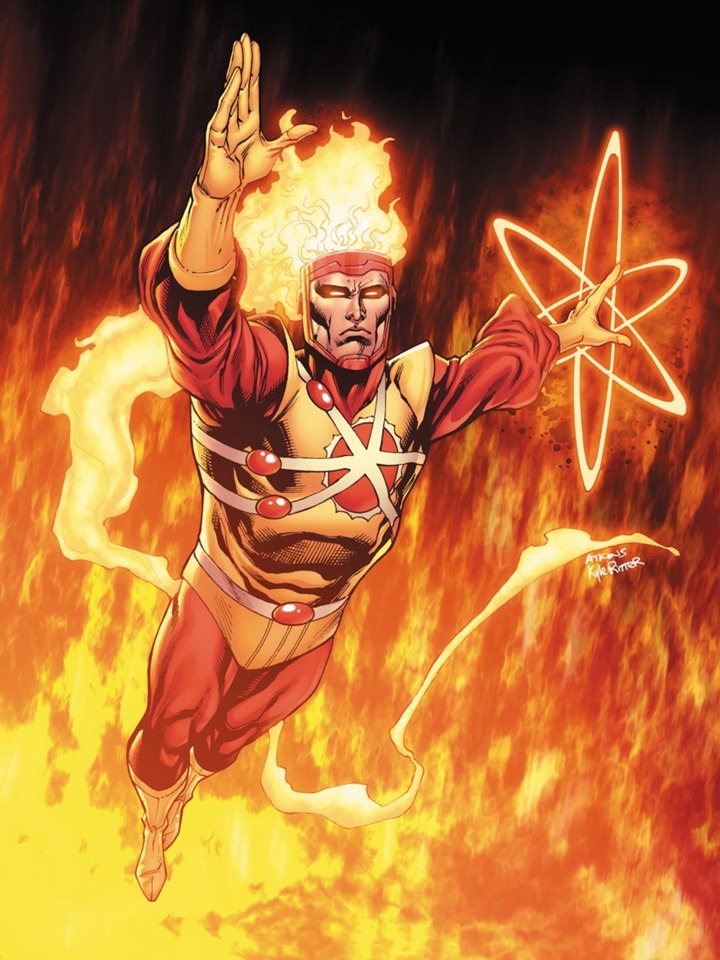 Hi! My name's Leon... I think? That's what Nero told me anyway. He dropped me off in... Gothic City? ...and told me to find Stella. I don't know how I'm supposed to find a random girl I don't know with just a name. He also said this finger of mine is some sort of super power. Hopefully I can learn how to use it, but for now, Nero's lending me a hand, so at least there's that.

Leon is able to produce energy from his finger, which is now a red crystal, and can fire energy at his foes, as well as energize objects, making them highly likely to explode. He is also able to use his energy to make constructs. At present, he is almost totally unaware of what his powers even are, having suffered memory loss very recently.

Leon is almost completely unaware of this aspect of the powers of the Matter Star. He currently believes he only has telekinesis, but he will, at times, instinctively change the state of matter. He has not discovered how to change the elements of an object yet.

Technically due to the above power, Seeing as the reason he flies is that he himself is made of matter, and as such, he can manipulate his own body to soar through the air.

Also partially due to matter manipulation, but partially because the Matter Star is alive, in a sense, and attempts to keep Leon alive by healing him. A broken bone will take about an hour to heal, and a normally fatal wound will put him out of commission for a day.

The Matter Star will condense the molecules in his body around the area of an attack, making him extremely resistant to several types of attacks, to the point of being bulletproof. Speeds exceeding hundreds of times the speed of sound would be required to strike Leon before the Matter Star can react.

Currently Leon's only ability that doesn't come from the Matter Star. Leon can directly affect creatures spawned from or controlled by dark powers (Such as the Umbravea, corrupted ghosts, and demons)

Within the Bloodstar exist the souls of its previous hosts. (Those who could not hold onto their afterlife, that is) Leon can call upon one of these previous hosts to share control of the Bloodstar, and use their expertise and unique combat styles to achieve victories he would be unable to on his own. When in this state, Leon is in control. He simply thinks of what he wishes to do, and his aide carries it out. However, they may have trouble with this if Leon tries to do something his aide had trouble with themselves during their time as Host, and his usage of his power is more effective if he stays within his aide's own specialties.

Being the host of the Bloodstar for mere minutes before he was murdered by Niveus, the king of light, Nero is the weakest of the past Hosts. Despite his untimely deprivation of life and the Bloodstar, he spent a large portion of his afterlife extensively studying its powers and history. He is able to grasp the basics of its abilities, but he is most proficient in the field of fire and heat-related abilities. Should Leon call on Nero, he will no longer be susceptible to electric attacks for as long as Nero is empowering him.

The first of the jewels of Vea, this gem possesses the power to control matter and nearly all forms of energy. It is passed from host to host, though this generally occurs by circumstance rather than the Bloodstar choosing anyone.

Destitution's champion blade, this blade, as well as being a well-made magical blade that can hurt anything not protected by magic, has the ability to affect souls. If a formless soul is struck with this blade, it will be destroyed, unless it has some form of protection. This blade has shown itself to be murderous, and appears against Leon's will and attacks others on its own at times. Regardless, Leon cannot summon this blade in his current state.

Benevolence's champion blade, this blade, the same as Cruor, will damage anything not protected by magic, as well as affect souls. Unprotected souls will be destroyed by this blade. This blade will not appear to Leon in his current state.

Leon's red blade which was made by the self-proclaimed "Judgement". This blade can be energized, and will not be destroyed in the process, but has no other special powers. Leon prefers this weapon, as it does not act against his will, and will always appear when he wants it, as he can use the Bloodstar to materialize it at any time. Leon is still able to summon this sword, but he does not know it exists, so he won't.

(I realize this is a horrible weakness to choose in the CVnU, but I'm sticking to my guns. I might retcon it if it gets out of hand, though)

The Matter Star reacts extremely negatively to any electromagnetic force, including electricity, and if Leon's power finger is struck directly, this will almost immediately incapacitate Leon, or do something more strange (but generally not good for Leon). This can be averted if he is prepared to channel it. A large enough attack will have the same effect regardless of whether or not he attempts to channel it. Curiously, if the attack strikes Leon, rather than his crystal finger, it is highly ineffective.