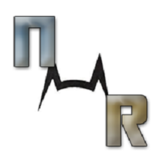 There's a difference between destroying the moon and vaporising the moon.

When Piccolo fought Raditz he had a weighed PL of 322 and an unweighted PL of 408. Freiza tells us that removing weighted clothes only makes you faster, not stronger, so while Piccolo measured in at 322, his Ki blasts would be that of a person with a PL of 408.

When Piccolo vaporised the moon, his weighted PL was measured at 329, not 322. That means his ki blasting PL was more likely to be something like 415. But for the sake of argument, its at least 408.

If you take a proportion based on Mass, the Earth would take a PL of 33,158 to vaporise.

When Goku was measured by Nappa after powering up, he said Goku's PL was over 8,000. We dont know by how much, but when Goku faced Vegeta with a Kamehameha, Vegeta said was the same as his Gallic Gun. Essentially, they're the same energy attack. Thats an important thing to note because when Goku went Kaiokenx3 with that Kamehameha, he and Vegetas Gallic Gun were equal. That means Vegeta's powerlevel wasnt 18,000 as is often suggeted, its much closer to 24,000.

So the question is, if it takes a PL of 33,158 to vaporise the Earth, would a PL of 24,000 be enough to destroy it? Well at 72% of the vaporisation energy, I would say yes, of course it would be. Especially when you take into consideration that Piccolo may not have needed all of his power to have destroyed the moon anyway.

I dont know about you, but to me that sounds about right, although Id be willing to bet that if Toriyama did those calcs, and I think he probably did, he'd use nicer numbers, like Cell having a PL of 11,250,000,000 which is 75x as powerful as Freiza saga SS Goku.

If I'm right, this would be your list for our Solar System

Which means that since Zeno destroyed the multiverse, he's at least 12x that powerful with a PL equivalent to 13.25 Quindecillion.

I dont remember that panel, but I 100% agree that author intent trumps all, and that a statement like that constitutes author intent. Exactly like Cell.

For me personally, Cell was Sun level, which is 99.8% of the matter in the Solar System, so to compare that in terms of other stars/galaxies, you'd say that Cell is 1 Solar Mass level.

Galaxies range from 10's of thousands of solar masses to a trillion solar masses. I think if I recall, I had SSB Goku in roughly the 1 million solar masses area. So the idea that a fused Zamasu with an SSB equivalent power-up would be Milkyway kinda level of 200 billion solar masses sounds good to me. It sounds like a ballpark accurate claim consistent with the rest of the manga.

That sounds somewhat arrogant, like I'm saying "yes, its right because its consistent with me" lol, but what I mean is, the manga is reasonably consistent throughout, in terms of the increases in power. I doubt Toriyama sits there stressing over calculations like I have, but I think he probably keeps a running list of power levels to keep himself in the right area and not come up with something that doesn't make sense, and I think there are enough clues in the series to follow, and while I'm probably under-playing SSB Goku with 1 million solar masses, I dont see much of any reason to place him higher than mid galaxy level, and it would still be consistent with Fused Zamasu making that claim.

@nemesisreloaded: Dende absorbed is possible... then moro would have the ability to create something similar to the dragon ball.

MUI vegito or gogeta would be too OP, I would be surprised if it came to be.

I believe it’s not whis who allowed merus to enter the barier, it was merus himself, judging by the style of clothing in that scan.

I agree that even the weakest of characters can be of use here with their special abilities.

I have low faith in toyo’s writing skills... so I am hoping toriyama’s input would be the bigger factor to the story.

He's ok, he's just not Toriyama. His art and story telling just dont have Toriyama's punch or flow. Most mangakas dont but it shows when its Dragonball. I'm hoping Toriyama gets more involved artisticallly, but I think you can tell he has so far creatively in general. I felt like there was a point in the Moro arc when the Super suddenly seemed to take its time, and I saw that as a sign Toriyama was coaching Toyo more.

@nemesisreloaded: you are back man? Not to sound so touchy feely but I have missed you dear friend

Kinda. Just been dropping in here and there after catching up on the manga.
Lol, be touchy feely, I've missed you too

You can look at this one of two ways

1. Whis is already moving
or
2. Since the background is moving, the 'camera' is zooming out and Gogeta teleports infront of Whis.

Either way, Whis isn't dodging anything.

I have a few ideas but who knows for sure

Uub is someone who could be brought into it. I dont think to fight, not that I think he's too young, Gohan and Goku were both fighters at his age, albeit Gohan was forced, I think he'll be used to take Moro's power away somehow - maybe Buu as controlled by Supreme Kai unlocking that latent ability in Uub and then him using it on Moro.

Krillin is coming with the sensu beans and Dende is coming in as a healer. So we're to think the fighters are going to be restored, Goku's mortal wound will be healed and Vegeta will be brought back to full strength, you'd think that together the pair of them will be enough to take out Moro, with MUI Goku's strength and Vegeta's Forced Fission he'll get beat and weaken. BUT, I reserved the right to be impressed if both Krillin and Dende get stopped in their tracks and Merus decides to fight.

Merus is maybe already in trouble because Moro told us that he used his own Ki in that blast from the gun. I think that this will be allowed on the grounds that he wont be fighting at full strength and so it wont constitute a battle. So the question is, will Merus get fully involved or simply stay somewhat objective?

For that matter, Whis is also making decisions to help out by letting Dende through the energy shield, so will he get his arse kicked for that by the Grand Priest, or will it go by with a joke like him turning back time to let Goku make a different decision in Res F?

But what I think, at this point in time, is that Dende is going to become captured by Moro somehow, because Moro is interested in his abilities, and I THINK that Dendes abilities will serve as a perpetual food source for Moro. I think that Goku and Vegeta will be healed by sensu beans and that they'll fight Moro but it wont matter because of Dendes ability to heal. And I think that Goku and Vegeta will fuse to become Gogeta and attack Moro with MUI Forced Fusion. THIS will be the best that can be put up against Moro, and IF it fails, which I think it will because they'll do it as a last ditch effort and try not to get touched, Moro will use Vegetas ability to split them, and then I think Merus will fight for real and sacrifice his life to stop Moro.

I'm going to tell you what I think the problem is, that people who watch and read Dragonball have unrealistic expectations.

Ok so like, think back to Cell, when he said he could destroy the Solar System. Thats a watershed moment. Thats the man running the show (Toriyama) saying that nobody before Cell was powerful enough to destroy the solar system. We have watershed moments like that through the series, this is just one of them. They're important.

Just as a frame of reference, when Goku fought Buu as Super Saiyan 3, he was probably somewhere around 8x stronger than Perfect Cell.

So the Milkyway is a galaxy that contains something like 200 billion stars.
Thats 200,000,000,000 stars. Now many of them are much bigger than our Sun, which accounts for 99.8% of whats in our solar system, but we'll pretend they're all the same. Afterall there are some smaller ones too.

How many fans, when they're jumping up and down, claiming a character is now Universal, are even considering just how unimaginably enormous a thing the Universe actually is when they say that crap?

When Zeno destroyed the future timeline, he didn't send out a giant Ki blast that will eventually destroy everything. No, he used a god ability to do it all at once. So if you're going to say that a character is universal, they can either do that, like Zeno, or they can survive it, or they can do neither but have the same power as someone who can.

And so now, you have a character like Jiren, who is INSANELY powerful. He is SO powerful that he is as strong as a God of Destruction, but without the boost of being one, and so fast everyone for a time thought he had Ultra Instinct, until Goku momentarily unlocked it, and even then, Jiren did well against it.

Jiren is a mortal with the power of a god, attained not through transformations or states of being but from sheer hard work.

Below any of these.

In the beginning of Resurrection F, Whis said after training Goku and Vegeta in SSB that if they found a way to work as one they "could go toe to toe with Lord Beerus". Vegeta reacts in the manner that suggest Whis means fusion by said "we did that once, it'll never happen again".

In the Zamasu arc when they fuse to become SSB Vegito, Supreme Kai says they may even be stronger than Lord Beerus.

In the DBS: Brolly movie after fighting Brolly as part of SSB Gogeta, Goku tells Brolly that he may even be stronger than Lord Beerus.

What I'm getting at with this, is that either directly or indirectly, a Goku and Vegeta fusion as Super Saiyan Blue is somewhere in Beerus ballpark. Beerus gets nailed by Whis and Whis states that he's nothing compared to the Grand Priest. We've already been told that neither Goku nor Vegeta can actually get more powerful, that their training is about ki control and efficiency, so in all honesty, no, I cant see Goku ever approaching the Grand Priests power.

Gogeta or Vegito using Ultra Instinct on the other hand.... Could maybe give Whis a fight.